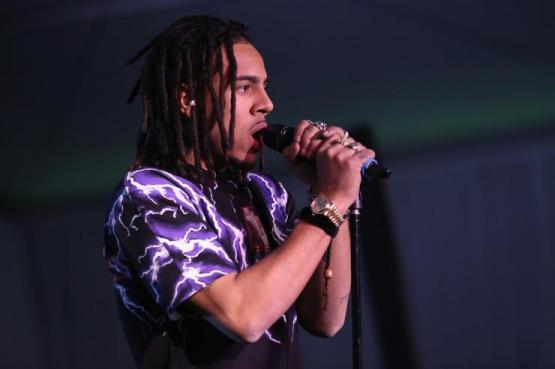 The BET Awards were being taped in Miami this weekend to little fanfare. Thanks to a few breaches of conduct if you will, a few incidents taking place during the taping have come to light, one particular is sure to get people talking.

DJ Scheme, among the biggest influencers in the South Florida rap game, was there in attendance, and according to him Vic Mensa straight up disrespected XXXTentacion‘s name, with the deceased rapper’s own mother somewhere in attendance.

It appears that yes, X’s mother Cleo was among the invited guest taking in the show, as were several other luminaries “loyal to the cause.”

When y’all hear Vic Mensas fucking freestyle at the BET awards y’all are going to be fucking disgusted. @VicMensa SUCK MY DICK

The particulars are kind of foggy, so we don’t know exactly what was said about XXXTentacion, but apparently the “diss,” if you will, occurred during a BET freestyle of which Vic Mensa was asked to participate.

DJ Scheme warned his Twitter audience that they’d surely be disgusted once the Cypher hit the press. He then followed his caveat with a pointed message to the alleged aggressor in the situation: “@VicMensa SUCK MY DICK.”

I got so angry I came back on Twitter. Back to working on this release

As of this writing, no media of the performance has leaked to the Web. Back in June, Jay-Z allegedly intervened (out of decency) when he heard Vic Mensa was about to release a diss on The Autobiography, with X the rumored target.