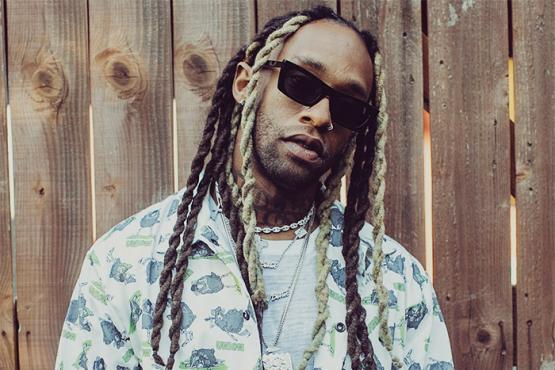 Ty Dolla $ign is in police custody after a search during which Atlanta officers allegedly found weed. Ty and his crew were driving in a van when they were pulled over in front of the Busy Bee Cafe just outside Atlanta. Officers pulled everyone out and searched the vehicle before discovering what TMZ describes as “a ton of weed.”

In the video footage obtained by TMZ, several officers and drug dogs surround the vehicle. Ty was handcuffed and led to a police cruiser.

Officers from the Atlanta Police Department are currently on the scene, but no charges have been filed yet. Ty was headed to his concert at Cellairis Amphitheatre at Lakewood, where he was scheduled to perform alongside G-Eazy and Lil Uzi Vert as part of the “Endless Summer Tour.”

UPDATE: Ty Dolla $ign will be charged with possessing less than an ounce of marijuana and possession of cocaine, according to the Atlanta Journal-Constitution. He will be taken to the Fulton County Jail when the charges are finalized.