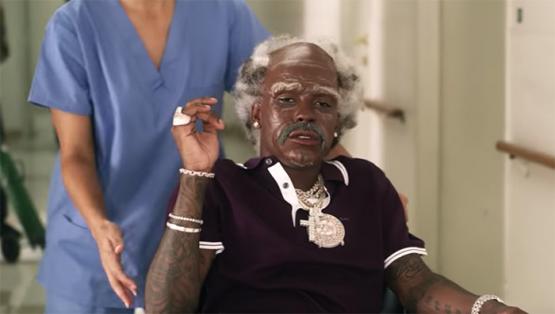 Rich the Kid Leave Me Video

Rich the Kid Leave Me Video – Rich the Kid finds love and marriage in the video for “Leave Me.” Directed by Daps, the comical clip finds an elderly Rich living his best life at a retirement home.

But age ain’t nothing but a number to the senior Rich, who marries his much younger girlfriend. He showers her with money and they even consummate their marriage in his nursing home bed. But when he dies, she barely sheds a tear and instead collects a massive inheritance of $350 million.

“Leave Me” is the latest release from Rich’s gold-selling debut The World Is Yours, which debuted at No. 2 on the Billboard 200. After touring with Chris Brown over the summer, the two are now reportedly working on a joint album.