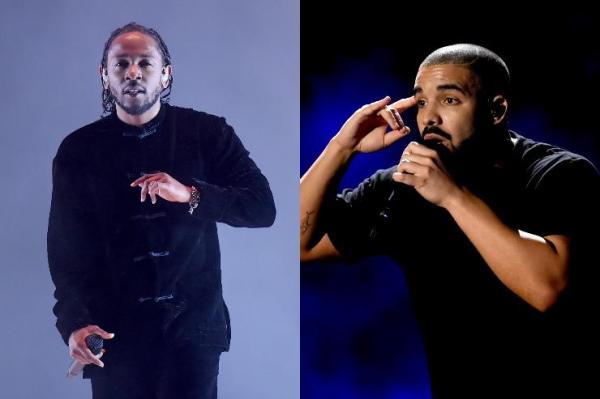 Is Marcellus Wiley about to reignite a feud between Kendrick Lamar and Drake?

Two years ago, Marcellus Wiley of Fox Sports 1 revealed that the tension between Drake and Kendrick Lamar almost went down during an episode of SportsNation on ESPN.

While he wouldn’t divulge information on which rapper was guest on the show, he said that a certain camp stopped the episode from airing and was never revealed. That’s until now, as Wiley is releasing his autobiography book, Never Shut Up, due out this Tuesday, October 23rd.

In the tell-all hardcover, Marcellus is expected to go into detail on which rapper was guest on the show, including saying some things that almost started a nuclear music war. However, thanks to some insiders on social media, many are believing Drake was the mystery rapper that sent shots to Kendrick Lamar on ESPN. A former worker at the station revealed what really went down.

He said, “Drake said, he makes music for a worldwide audience and Kendrick makes music for people in Compton. If Kendrick was with the shits, Drake was down to get it cracking. I was there that day. You interviewed Kevin Durant that episode too. The show was on tape delay.”

So, there you have it. According to that person, OVO Sound allegedly blocked the interview from coming out, which would’ve been one of the most insane rap battles this decade.

While both parties have moved on and stopped sending each other subliminal on songs, we can’t help but wonder what they think of each other years later. Let us know below what you think.