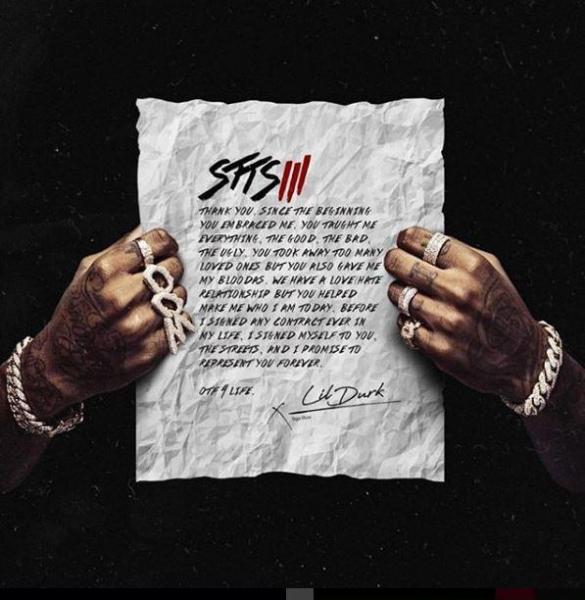 Lil Durk has been teasing the release of Signed To The Streets 3 for a minute. Unfortunately, issues with his label turned into a minor set back for the project’s release.

Over the past few months, the rapper kicked off the campaign for the album with his singles, “Spin The Block” featuring Future and most recently, “Downfall” with Lil Baby and Gunna. After announcing a November 9th release date for his forthcoming project, he serves up another single off the project featuring Lil Skies.

Lil Durk is back with his latest single, “Rockstar” featuring Lil Skies. The song serves as the album closer on his forthcoming project, Signed To The Streets 3. The two rappers serve of a melodic effort over a guitar-laden beat.

“Rockstar lifestyle, might not make it/ Put prescription drugs on my tongue, I had to take it/ Keep my secrets deep down inside, I had to face it/ For you, I put my life on the line, feel crazy,” Durk sings on the hook.