Featuring a tribute track to the late Slim 400 and production by platinum music producer K.E.OnTheTrack. 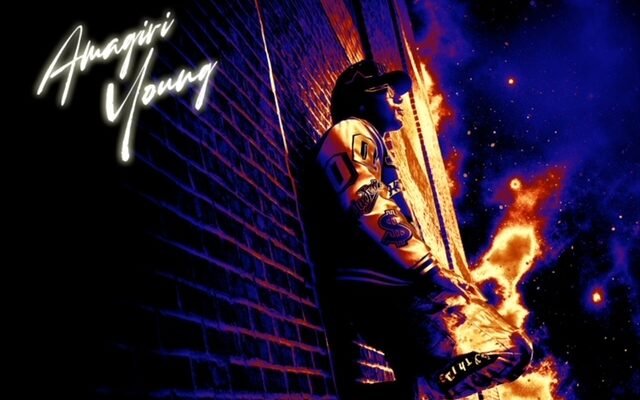 Amagiri Young, an independent hip-hop recording artist, songwriter, and founder of Real Geez Association Records, is set to release his highly-anticipated sophomore album, ‘Rhythm and Vibration‘ on February 10th, 2023. Hailing from Long Island, New York, the aspiring emcee has been rapping and beatboxing since the age of 9. He not only raps but also produces music in the Hiphop, Rap and R&B genres.

The first single off the album to hit the sound waves is a song titled MSM which is a solid street anthem with an uptempo beat produced by platinum music producer K.E.OnTheTrack. The song is explicit but catchy, and it sets the tone for the rest of the album. With a combination of catchy beats and thought-provoking lyrics, Amagiri Young’s music is sure to leave a lasting impression on listeners. His unique style sets him apart from other Hip-Hop artists, making him a standout in the industry.

The album also features a tribute track to the late Slim 400, further solidifying Amagiri Young‘s place in the Hip-Hop community. “Trust Nobody” is the onlysong with a feature on the album, it is a track titled Trust Nobody featuring the now deceased artist from Compton, Slim 400. It is a great way for Amagiri Young to pay homage to one of the artists who has influenced his music.

Amagiri Young‘s music is a fresh take on the Hip-Hop scene, and his upcoming album is a must-listen for fans of the genre. The album is packed with catchy beats, thought-provoking lyrics, and Amagiri Young’s unique style, making it a standout in the industry.

Don’t miss out on Amagiri’s highly-anticipated sophomore album, ‘Rhythm and Vibration‘, set to release on February 10th, 2023. Make sure to mark the date on your calendar and be one of the first to listen to Amagiri Young’s new collection of music. Watch MSM music video below.