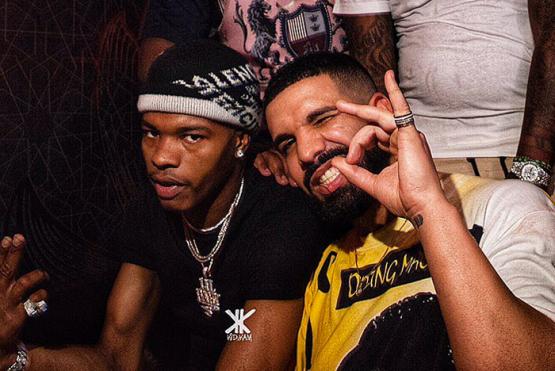 After much anticipation, Lil Baby and Gunna’s joint project Drip Harder is set to drop this week, and it may include an appearance from Drake.

The 6 God, who previously collaborated with Lil Baby on “Yes Indeed,” pops up on a snippet of one track, which was shared on social media. The song is rumored to be titled “Double,” and was produced by Turbo. Drizzy can be heard rapping before Gunna and Lil Baby deliver their verses.

Young Thug, who signed Gunna to his YSL label, has declared the project “harder” than Lil Wayne’s Tha Carter V. “I’m Wayne’s biggest fans, but not goin be harder than ‘HARDER’ by @gunna and @lilbaby_1,” he wrote on Instagram Stories.