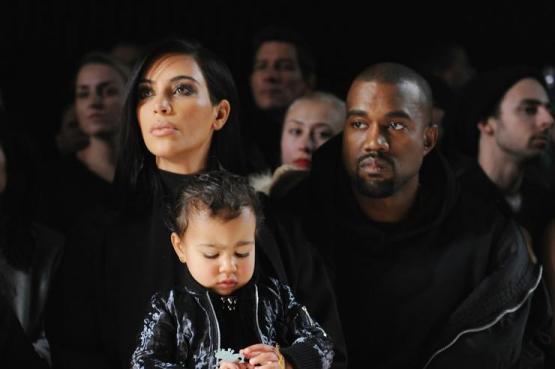 Kanye West in African With Kim, The Kids, & Big Sean

Kanye West has retreated to Central Africa to clear his mind, hang with his family, and potentially record with Big Sean.

TMZ has learned that Kanye West, Kim Kardashian, and the rest of the fam have checked into a Ugandan resort. Kanye, Kim and their entourage arrived at Entebbe International Airport Friday with plenty of luggage to spare.

They were then transported over to Chobe Safari Lodge in Botswana where they will reportedly spend the next week or so vacationing next to Safari-grade wildlife.

In the above video, Kanye West hops on the counter at check-in while wife Kim handles all the parental responsibilities. At one point, Kanye West picks up 5-year-old North West and swings her like a flailing helicopter, before handing her over to mum. Kim is reportedly so pleased with the locale she is already looking into extending their stay beyond the 19th.

Interestingly enough, Big Sean is also staying at the resort around the same time. Both he and Kanye West have expressed an interest in working together in some capacity once more. For Kanye West, the African retreat appears to be both a much-needed vacation away from the media spotlight, as much as it appears to be a clean break for “right brain.” Kanye told TMZ, he wanted to visit the African heartland so he could “feel the energy.”