Kansas City Rap Artist G Blaze Tha Sav Soulja On His Latest Album Wtf Iz Time!? His Inspirations And His Commitment To The Art Of Rap 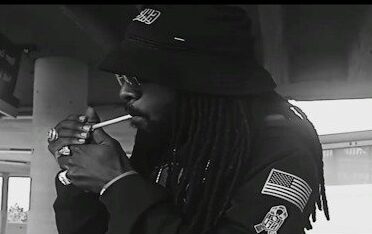 G Blaze Tha Sav Soldier is a Kansas City rap artist born and raised. His dedication to music is like no other. Since 2011, he dropped 3 albums filled with substance, attitude, and charisma; all of which are a reflection of the Kansas City native’s persona. One of those albums is titled “WTF Iz Time” available on Spotify and Apple Music. WTF is time is a thought-provoking album that makes you remember that other parts of the country all lives in different time zones so what is time really? Go stream G Blaze Tha Sav Solider’s music to gain your own perspective from his point of view.

Ownership is G Blaze’s way to unlock true wealth which is key in the music business. He is an Entrepreneur, Artist and He owns a record label called “Sav Solider Records” He also owns his own publishing. G Blaze is a savage businessman and has seen much success in the music business. Networking with Kansas City legend Tech N9ne and other well respected artists, G Blaze’s charm is what keeps him inspired, creative and innovative.