How this artist is creating new genres in Hip Hop

CWBY, a California-based artist, is one of the fastest-rising talents in the music industry. His music is influenced by his love for various music genres. CWBY has grown tremendously in only one year and has established himself as an exciting new prospect. He has a unique style that is loved by music lovers, blending hip-hop, R&B, rock, and country music.

His recent release, “Trapstar,” has gained him more popularity. The song is a high-energy track fusing various music genres and CWBY has given it a special touch with his personality. He talks about his love life, the relationships he has been in, and the difficulties of maintaining relationships. He also expresses the feeling that he cannot be like others because he lives a fast-paced lifestyle; he barely has time for himself and prefers to spend the little available time he does have alone, working on the small but most important things. These include learning piano, vocal training, working out, and taking Spanish lessons.

CWBY has had one of the most fascinating musical journeys. He was raised in Florida and got a real taste for music at the age of 19 when he was working as a promoter at an EDM club in Tampa. A DJ at the club offered him the chance to be his hype man, and things started to change for CWBY. He loved everything about being on stage and walking around hyping everyone up throughout the night. He fell in love with music and wanted to begin his music career.

CWBY started as a rapper but quickly switched to singing after realizing he was a talented singer. A creative artist, he is always working hard and looking for new ways to engage his audience. He loves experimenting with various genres and polishing the unique style that he has developed.

The future looks exciting for CWBY. He plans to release more tracks in the future and wants to top the Billboard charts. He has lined up ten new songs, including one exciting summer track that he believes will be a huge hit among his audience.

He draws inspiration from Bruno Mars, Ace Hood, Ariana Grande, Phil Collins, and Bill Withers. He loves to reflect on his life and be inspired by the obstacles he has overcome to be successful in life. The experiences of falling in love and heartbreak have taught him a lot of valuable lessons.

His biggest challenge in music so far has been the business side of things. He has an entrepreneurial mindset that compels him to do all things by himself. However, this is not possible in the highly demanding music industry and it is very difficult to get the right person to take care of the business responsibilities. According to CWBY, sadly a lot of people in Los Angeles who take care of music artists’ careers do not have their best interests at heart.

CWBY wants to be an inspiration to others with his music. He advises people to never give up and always work harder to realize their dreams. 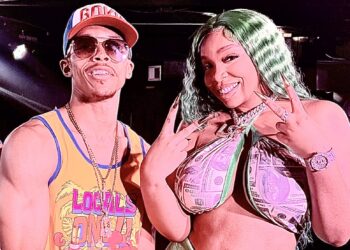