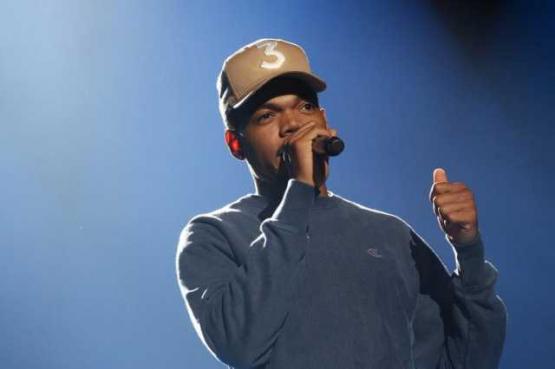 There’s been many rumors over the years pertaining to Michael Jordan’s alleged hatred towards rappers and the hip hop community in general. Chamillionaire and N.O.R.E are two rappers who’ve previously shared stories about negative interactions with the famed basketball player.

Despite this, he’s still left a bad taste in a lot of people’s mouths in the rap game including Chance The Rapper who took aim at the former Chicago Bulls player on Instagram. Chance The Rapper constantly emphasizes how important it is to give back to his community in Chicago. In fact, it feels like since Coloring Book, his efforts have been put towards his Social Works organization and other efforts to give back to kids in Chicago.

However, it seems that he feels like Jordan hasn’t done anything for his hometown as he recently shared a meme of Colin Kaepernick’s Nike campaign with Jordan’s face with, “Fuck them kids,” written across it. It’s interesting that he would take a shot at Michael Jordan considering that in December he gifted Chicago high school students with unreleased pairs of Jordan 11s. 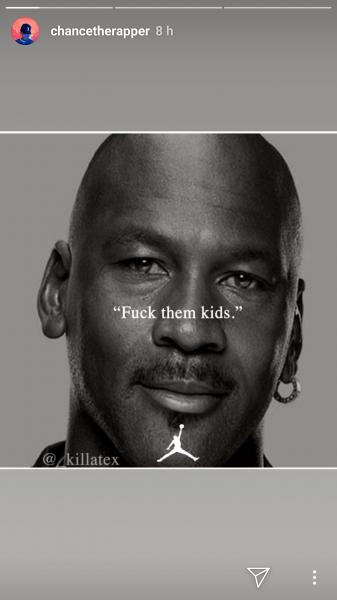 Chance isn’t the only person to meme Kaepernick’s Nike ad. Earlier today, 50 Cent shared a meme of the campaign with Eminem’s face on it in response to the MGK/Joe Budden beef the Kamikaze rapper is currently involved in. Shortly after, he used the same template to clown on Floyd Mayweather.