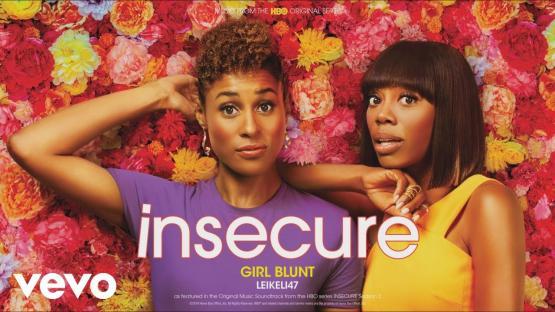 Leikeli47 Girl Blunt Stream – Season three of Insecure kicked off last month and per usual, the Issa Rae creation is commissioning some dope talent to score the backdrop of the HBO series.

This time around, ahead of Sunday night’s episode 5 premiere, Leikeli47 has unveiled her newest “Girl Blunt” track which, according to its artwork, is featured in the show’s official soundtrack. The cut finds the masked Brooklyn emcee in her truest form as the track wades into anthem territory with Leikeli warning against any foolishness with impalpable dominance. Leikeli47 Girl Blunt Stream

It’s a dominance that finds root in Leikeli’s decision to conceal her identity at all times, comparing her mask to a cape when talking with High Snobiety back in 2015. “I also just wanted to keep it fun and fresh,” she added. “It’s just like you said though, the mask keeps the focus on my music. It helps me with performing, too. I was definitely a very shy kid growing up in New York. “’