Cardi B And Meek Mill Hit The Studio 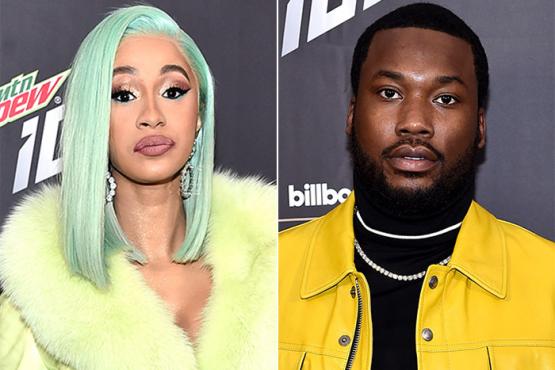 Cardi B And Meek Mill Hit The Studio

Cardi B and Meek Mill are joining forces. Sources tell TMZ that the Invasion of Privacy MC and Nicki Minaj’s ex hit the studio a few months ago to record a collaboration.

Those who heard the song claim it has the potential to be a “huge hit.” It’s unclear where the song will appear, but both artists are working on new projects.

Meek is readying a new album, while Cardi previously announced plans for a project of her own. The collaboration shouldn’t come as too much of a surprise as both are signed to Atlantic Records.

Just last week, the labelmates were photographed together at the 2018 Billboard R&B/Hip-Hop Power Players event in New York.

The collaboration news comes in the midst of Cardi’s feud with Nicki, who was previously in a relationship with Meek. Cardi attempted to attack the Queen rapper with a shoe at a New York Fashion Week event before being escorted out of the party with a lump on her head.

Earlier today, Cardi surrendered to police in New York in connection to an alleged attack on two bartenders at a New York strip club. She was not arrested, but did receive a summons to appear in court.