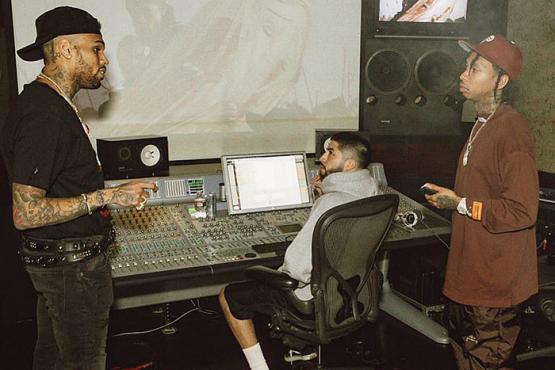 Tyga and Chris Brown are back at it.

The frequent collaborators have reunited in the studio for a new collaboration. Tyga teased the reunion on Twitter by posting a photo of him and Breezy in the lab cooking up new music.

“New song?” he captioned the pic.

The two are no strangers to making hits together. They previously teamed up on tracks like “Deuces,” “Loyal,” and “Ayo,” as well as 2010’s collaborative album Fan of a Fan.

While fans wait on the new T-Raww x Breezy track, Tyga has been steadily releasing music of his own. He recently dropped two new singles, “Drip” and “Swap Meet,” while Breezy can be heard on Ella Mai’s “Whatchamacallit” and Lil Twist’s new single “Paperwork.”