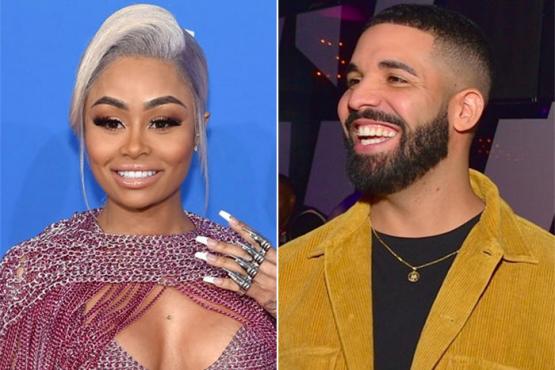 Blac Chyna has become a household name, and she has Drake to thank.

The former video vixen credits the 6 God—and not the Kardashians—for helping to put her on the map.

In an interview with DailyMailTV, the 30-year-old mother-of-two recalls first meeting Drake after moving from Washington, D.C. to Florida to attend Johnson & Wales University. To earn money for college, she began dancing as a stripper at King of Diamonds in Miami, which led to a run-in with Drake, who helped her get discovered.

“I actually had a booking and I think it was in Tennessee,” she says. “These guys introduced me to Drake, and Drake you know put me in a song and I started doing all the music videos and the magazines.”

Drake shouts out Chyna on his 2010 hit “Miss Me.” “Call up King of Diamonds and tell Chyna it’ll be worth the flight,” he raps. “I be at my table stackin’ dollars till the perfect height.”

Despite her ties to Rob Kardashian, Blac Chyna scoffs at the idea that the Kardashians are responsible for her fame. “I was already famous before then,” she says. “I already was [a celebrity], even back in D.C., I took over that, went to Miami and I was a celebrity down there. Came to L.A., same thing. I kind of ran all three states and I’m actually kind of proud of that.”

Chyna is now launching a music career and hopes to reconnect with Drake. “I’d be like Drake, you put me on that first time, maybe we could do a little 2.0. I would love that.”

It was through Drake that Chyna also met Tyga, his former Young Money labelmate. The two began dating before she became pregnant with their now 5-year-old son, King Cairo. They eventually split in 2014 and Tyga started dating Kylie Jenner. “Of course I wanted to be with him and wanted to be together, but sometimes things happen and there’s nothing wrong with that,” says Chyna.