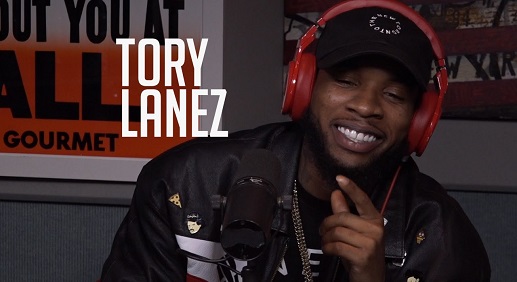 Tory Lanez readies the latest chapter of his pentalogy.

Making good on past promises, Tory Lanez is gearing up to deliver his Chixtape 5. Via Instagram Live, the Canadian hip-hop figure has let fans in on his long-awaited fifth instalment in his long-running throwback series,

which involves him flipping old-school R&B records. The last instalment in the series, Chixtape 4, came back in 2017.

Down below, you can check out a recap of Lanez’s Chixtape 5 teasing, while he also plans to return for another Instagram Live session later tonight with more snippets from the upcoming effort.

In addition to Chixtape 5, Lanez has a pile more projects headed our way, including his Spanish album El Agua, as well as Cause, an homage to his 2014 mixtape Lost Cause. There’s also apparently some collaborative project with Chris Brown in the works.

As of yet, it’s unclear when Chixtape 5 will officially arrive in full.