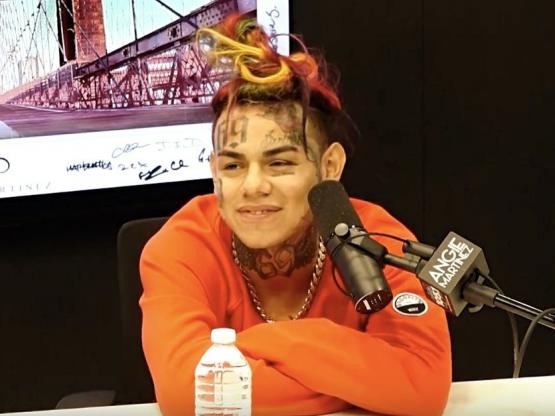 It seems like Tekashi 6ix9ine manages to find himself in some sort of trouble, even when he’s not looking for it. According to TMZ, the rapper’s home in Brooklyn was raided earlier today.

6ix9ine is currently overseas on tour, but unfortunately, his Brooklyn home was raided earlier today by federal agents. The rapper wasn’t at home at the time of the raid, although the feds ultimately found a gun. At this point, it’s unsure what exactly prompted the federal agents to do a full-on raid of his home, nor are they aware of who the gun actually belongs to.

Sources said that 6ix9ine was in the midst of moving out of his Brooklyn palace. The rapper hasn’t been at this spot for a few weeks at this point. There were also several people, including movers and cleaners, that have been in going in and out of the property over the weeks.

Multiple federal agents showed up to 6ix9ine’s home today for the raid. You could peep footage of the raid below.

6ix9ine is currently overseas where he’s been on tour. Yesterday, he shared footage of himself in Dubai riding around in a multi-colored Ferrari. He also teased that his upcoming single, “STOOPID” would be dropping this Sunday. Additionally, he’s also rumored to be on Kanye West’s forthcoming album, Yandhi. The two have been spotted in the studio on numerous occasions over the past few weeks.