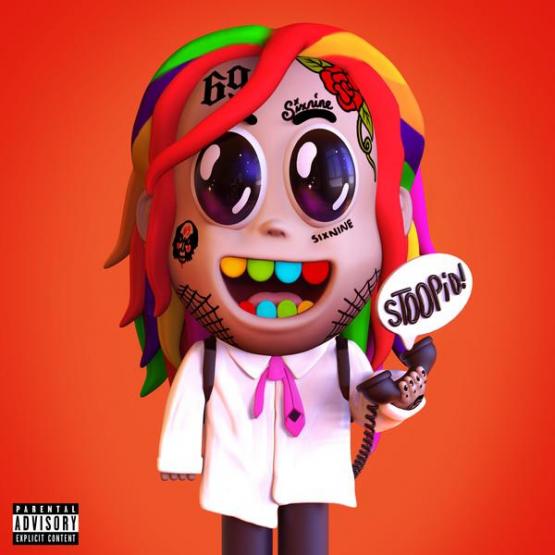 Stream Tekashi 6ix9ine STOOPID – Tekashi 6ix9ine may be best known for his trolling ways on social media, most recently exchanging words with Kodak Black earlier this week, but despite his rap beefs, the NYC rapper has done some insane numbers on the charts & Youtube.

In fact, Tekashi has gone 9 for 9 on the Billboard charts with each song he’s released in his short career, and it looks like he’s about to go 10 for 10 too.

After teasing us over the past few weeks, Tekashi decides to come through today and release his anticipated “STOOPID” single, featuring a surprise appearance from incarcerated rapper Bobby Shmurda, who contributes with some recorded vocals over the phone.

Over production from Tay Keith, Tekashi delivers an aggressive & boisterous street cut that finds him calling out all the “stoopid” haters doubting him, most specifically “old man” Ebro. “That nigga Ebro, he a bitch/ Just another old nigga on a young nigga dick,” Tekashi spits. Elsewhere, he also references Lil Pump as well, spitting “Pull up with semis, no lil’ pump-pump-pump-pumps (no esskeetit).”

You can Stream Tekashi‘s new single “STOOPID ” on iTunes here. and share your thoughts on the comment section.