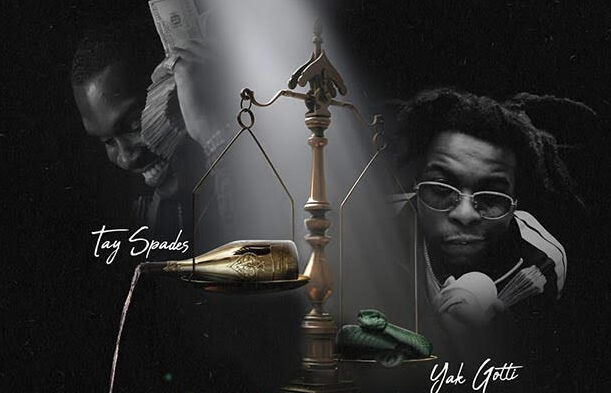 Tay Spades and Yak Gotti teamed up for a brand-new, 2 track EP titled, Two Heavy. Many of you are familiar with Yak Gotti, a YSL artist, who is currently being detained by federal police, for his alleged involvement in the active ‘YSL’ RICO case.

As for Tay Spades, he is a Jamaican-American artist based in Queens, NY. He is the founding member of LLOMB (Lavish Life Only My Brother) — which is his other main focus alongside his career.

Spades has worked with many New York rappers such as Jay Gwuapo, Lady London, and Rich the Kid, just to name a few –and continues to grow as an artist with each release. His fan-base has shot up exponentially as well, with listeners gravitating towards his smooth, yet aggressive flow. And his uncanny-metaphorical ingenuity just might be the most enticing sneer since Elvis! All of that is displayed on his joint effort with Yak Gotti, “Two Heavy.”

“These songs were recorded while Yak was on house arrest at his mother’s house. We had so much more planned! “Flexin” and “Designer” were just a taste of what we had coming!” Free my brother and the whole YSL!”

Press play on Two Heavy here at 24Hip-Hop! Lastly, let us know what you think! Be sure to stay up to date with all things Tay Spades – @tayspades.