Late last week, an autographed Off-White™ x Air Jordan 4 “Sail” sold for an incredible $187,000 USD at auction with proceeds going to the Black Lives Matter movement, Inquest and The Black Curriculum. Now official images of the women’s exclusive colorway have appeared showcasing the Virgil Abloh creation in all of the finer details.

Set to release in limited quantities on July 25, the latest Off-White™ x Jordan collaborative effort hits all of the right notes thanks to a casual “Sail” (or should we say off-white) base paired with the signature “Shoelaces” callout in three options, translucent mesh detailing to match the heel construction and the “Air” midsole label in black.

The release was initially previewed back in mid-June by Erik Arteaga, better known as burberry.erry/Bam Margiela on Instagram in which the influencer was seen skating in the unreleased monochromatic pair. The price of the upcoming AJ4 has been confirmed at $200 USD.

The Off-White™ x Air Jordan 4 “Sail” is slated to release on Saturday, July 25 in women-exclusive sizes for the time being. Stay tuned for more details.

In more footwear news, a first look at the Air Jordan 11 “25th Anniversary” arrived earlier this week featuring a black, white and silver makeup. It’s set to release this December. 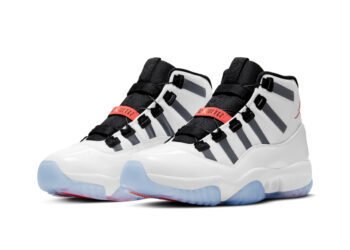 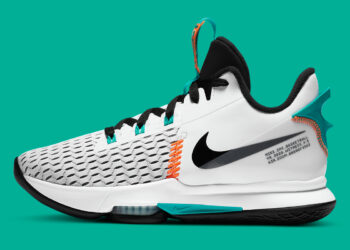 The Nike LeBron Witness V Gets A Miami-Friendly Colorway