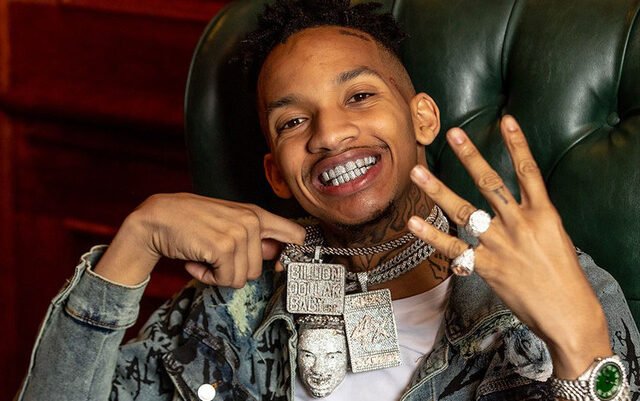 Last month Stunna released his new album, Rae Rae’s Son. The 12-track effort was led by previous records like “BMF” featuring Icewear Vezzo, “Pay Me To Speak,” and the album’s outro “Sad Song” featuring Spinnabenz. Most recently, however, was “Suspect,” which served to set the tone for Rae Rae’s Son with some “signature street-oriented subject matter.” Previously the rising rhymer recently dropped tracks such as “Activated,” “Go Nutz” with GetRichZay, “BIG 4 Flow,” “Steel (MMKK),” “WTW,” and “No Diss” with YRB Tezz and one called “Stand Off” feature DaBaby.

“It was cool workin with Mike, he’s a talented dude and the song is fire!” Stunna4Vegas

Mike Smith is no stranger to success and to collaborations. Smith has achieved two number 1 Billboard albums and three top 10 Billboard hits. His latest chart topper “A Hard Working Man” hit top 25 on the rock charts and then was remixed with the Avila Brothers, Snoop and Billy Ray Cyrus and was just tapped by Amazon for Thursday Night Football.  Mike Smith is a Cuban American recording artist, songwriter, record and television producer. Known in the industry as a legendary creator, having worked with some of the biggest artists in music including Snoop, T.I., DJ Khaled, RZA, and Billy Ray Cyrus. He is best known for being one of the stars and main judge on BET’s original programming series One Shot and has multiple new television projects in development.

“I’m really excited for people to hear this track and know they are gonna vibe with it, Stunna’s rap is awesome and CBVZ vocals are fantastic. I am also grateful that I have so many partners like Boomy that turn to me to work with their tools and platforms. I think the Boomy tool will help a lot of artists in the industry.”

CVBZ is an LA based vocalist/singer songwriter with Northwestern roots in free spirited Portland, Oregon. CVBZ has featured on tracks with the likes of Fetty Wap, American Authors and has writing credits for acts such as Ellie Goulding, The Chainsmokers and Cheat Codes. Upcoming tour with Teddy Swims this Fall.

“This song is about waking up to the illusion of life and the emptiness success can bring. Once you wake up to that, you can feel full with where you’re at instead of longing to be somewhere else or yearning for more.” CBVZ

‘This Isnt Real Life’ is the result of a collaboration between hip-hop icon Stunna4Vegas, super producer Mike Smith, and LA-based vocalist CBVZ – a trio who were all brought together by Boomy, a new music creation tool. Boomy is breaking barriers in the accessibility of music creation, it’s used both by first-time music-makers and established artists. Boomy-generated sounds form the core that this song is created around, and is the community that brought these artists together.

Mike Smith is a Cuban American recording artist, record and television producer with his music reaching over two billion streams with over five million units sold.  He is best known for being a judge on BET’s original programming series “One Shot”and for co-writing the hit song “A Hard Working Man” by Snoop Dogg, Billy Ray Cyrus, and The Avila Brothers. He is also well known for numerous hit singles including the Top 5 Billboard hit “Beautiful Day” and Billboard Top 40 hits “Hardworking Man” and “You’re My Kind Of Beautiful”. He was awarded TIDAL Rising Artist for his compilation album ‘When Music Worlds Collide’ by Jay Z’s music streaming service. Smith has worked with many artists, including: The Avila Brothers,  Billy Ray Cyrus, DJ Khaled, T.I., Juicy J, Royce Da 5’9′, Remy Ma, Gilby Clarke of Guns N’ Roses, and Snoop Dogg.