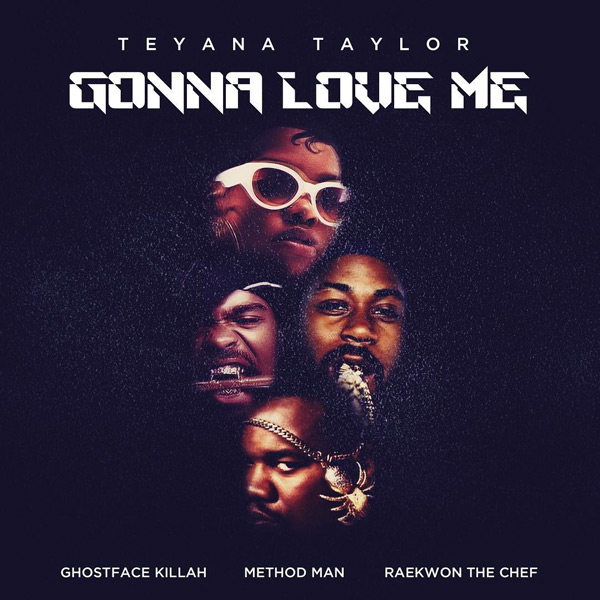 Teyana Taylor’s “Gonna Love Me” Wu-Mix has been unveiled as promised a few weeks ago. In making her announcement via Twitter, Teyana Taylor wasn’t exactly clear as to how many members would congregate on the alleged Wu record.

There were at least a few hopeful fans holding out for an 8-man posse cut + Teyana, but that would hardly boost productivity.

There’s a better way to work. I believe it was GZA that once said, “if the Wu-Tang Clan spent as much time recording as they played pool, they’d own a scroll a scroll taller than Mount Sinai.” Okay, I may have taken a few liberties in transcription.

In fact, it could be argued that Teyana decision to go quality over quantity was advisable. She chose three of Wu’s very best in cameo spots: the legendary Ghostface Killah, Method Man, and Raekwon.

The smooth backing track reminds you of an old Ghostface slow cooker à la “All That I Got Is You.” During Teyana’s introductory part, Ghostface chimes in with complimentary “true” adlibs to give the K.T.S.E. remix an air of NY authenticity. Stream Teyana’s Wu-Mix of “Gonna Love Me,” you won’t be disappointed.