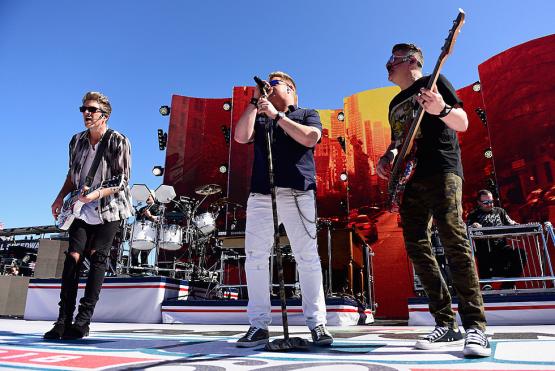 Stream Rascal Flatts Back to Life

Stream Rascal Flatts Back to Life – Rascal Flatts is back with a sun-kissed new love ballad, “Back to Life,” which the group says is an homage to all the special women in their lives. Press play above to listen to the full song.

With lyrics such as “She puts that beat in my chest / Pounds like a drum / Shakes me like thunder / Taking my hand / Pulling me up / When I’m going under,” the waltz reflects the grounding power of a longterm relationship. “That’s how we look at our wives, as just being the anchors, and our moms,” frontman Gary LeVox explains to Billboard about the song. “They’re the ones that keep us from going under half the time.”

The group connected with the song on an emotional level the very first time they heard it, and LeVox says they also knew it would be a perfect candidate for and end-of-summer hit with. fans. Co-written by Cary Barlowe, Niko Moon, Fred Wilhelm and Shay Mooney (of Dan + Shay), the song spotlights Rascal Flatts’ lush vocal harmony and soaring, up-beat melodies. Stream Rascal Flatts Back to Life

“The first moment we heard this song, we knew it was meant for us,” LeVox adds in a press release. “There are so many little things that add up to making someone so uniquely special to you, and this song captures that love and conveys all the good feelings that come along with it. We’re at an exciting point in our careers, and we’re fortunate to be able to just focus on making and releasing music that speaks to us and hopefully resonates with our fans.”

With 10 studio albums under their belt, the group shares with Billboard that while more new music is in the works, that doesn’t necessarily mean an album is on its way. “I don’t know about a full album,” cautions band member Joe Don Rooney. “We’re kind of going single-by-song.” Instead of building up to a body of work, the group continues, they’ll focus on making each individually release as great as it can be.

“This really gives us time to breathe, time to focus, time to write, time to really just concentrate on the song that we’re going to put out,” LeVox elaborates. The group says there are about five new tracks in the making, and that the new music will likely appear one song at a time.

Stream “Back to Life” below or get a copy of your own on iTunes here.