The rap star was victorious in his battle against TikTok star Kane Trujillo, but was immediately involved in a second fight of the night. 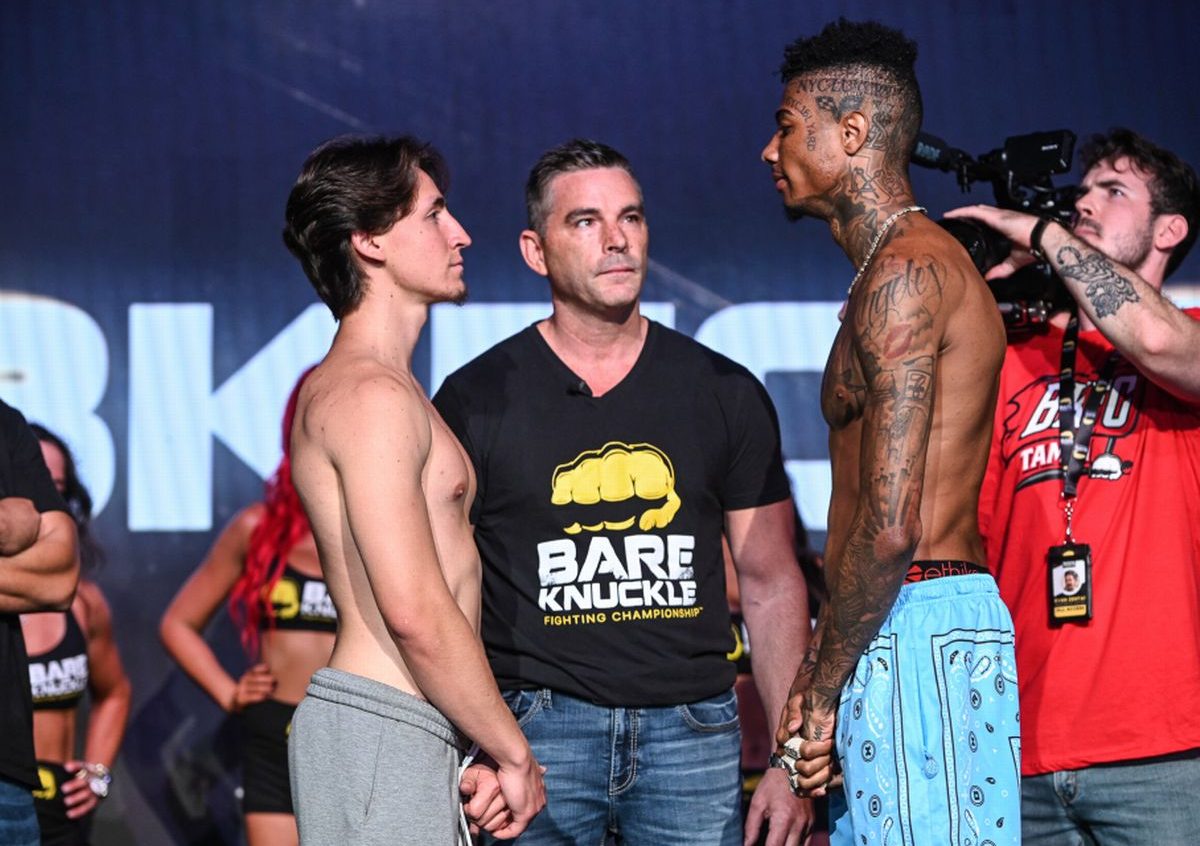 Blueface captured attention on Friday night after his win at the BKFC 19 event in Tampa, Florida, where he ultimately defeated TikTok star Kane Trujillo, aka Neumane.

However, moments after the bout, An unknown member of the crowd jumped into the ring immediately after the lopsided fight had concluded and the verdict was announced.

Blueface was wary of the attacker and landed punches of his own before members of security stormed into the ring and a melee briefly broke out.

When the situation had been calmed down somewhat, the assailant was literally dragged out of the ring by security and the event on FITE TV continued without any further interruptions.

Before the brawl, it was a rather one-sided affiar in the ring as Blueface peppered his jab into Trujillo’s face repeatedly thanks to his considerable height advantage.