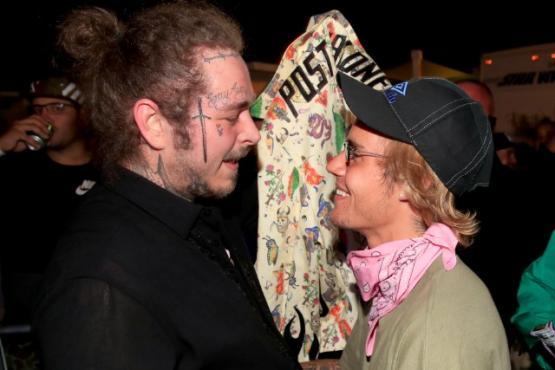 Post Malone No Reason Stream – The full version of Post Malone‘s collab with Biebs and Kanye is swirling around the Internet. The Internet has many valid opinions concerning the questionable status of Post Malone’s infamous “No Reason” B Side.

Some rap fans suspect it was left off Stoney in a last ditch edit/effort to create uniformity. In fact, he said so himself in an interview with HipHopDX in 2016: “Kanye. It’s coming. Shout to Ye. Love you baby.” Within the same conversation mentioned that he and Bieber had not yet worked together, aside from a few Bud Light sessions. So it’s entirely possible the Kanye Song he was alluding to was in fact the “No Reason” version with Swae Lee that is apparently floating somewhere in the ethers.

Swae Lee would eventually turn up on Post Malone’s last album beerbongs & bentleys, so his substitution at the hands of Justin Bieber really isn’t a net loss, especially considering “No Reason” was never released for commercial means. The version we have today is fully mastered and mixed, to my “trained” ear.

Bieber and Posty have become best of friends during the pop star’s evangelization. Make good use of this record while it stands uncorrected. The leaked version of “No Reason” can be heard right here at SPIN. Give us your thoughts in the comment section below.