New Music: Pardison Fontaine – “Backin’ It Up” Ft. Cardi B 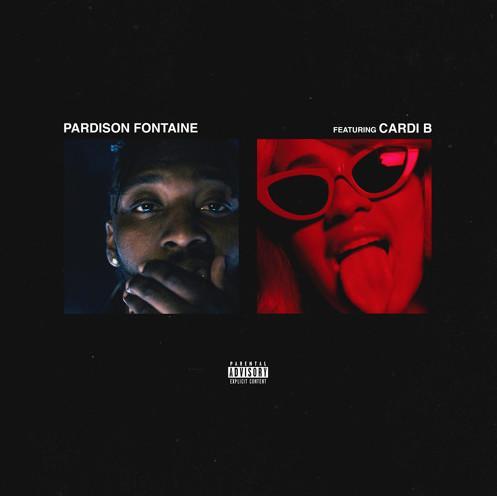 Pardison Fontaine Backin It Up Ft Cardi B Stream

Pardison Fontaine Backin It Up Ft Cardi B Stream – We haven’t heard from Cardi B since her appearance on Lil Yachty’s “Who Want The Smoke” in July. Since then, a lot has happened in her life. She’s welcomed a baby girl into the world with her husband Offset and she’s been involved in one of the most heated beefs this year.

While nothing has been mentioned on record, Cardi B and Nicki Minaj had a public spat during a NYFW event, leading Minaj to completely chew out her rival on Queen Radio. With Cardi teasing a project, this is the perfect way to build some hype. Pardison Fontaine Backin It Up Ft Cardi B Stream

Cardi B holds the feature spot on Pardison Fontaine‘s new single, “Backin’ It Up.” The track has been teased for weeks and it only makes sense for them to be collaborating. Pardi and Cardi are day one buds, with the “Bodak Yellow” artist sharing a video of them turning up together years before she blew up.

We’re unsure when Bardi recorded her verse for this track but some of her lyrics sound incredibly current. “I’m the queen of talking shit and I’m backin’ it up” can be taken as a direct mention of Queen Nicki. “Why don’t you chill with the beef and get some chicken instead?” is another that is bound to turn some heads.

At the end of the day, regardless of who she’s speaking on, we’re glad to see her back. She previously teased a new project dropping this month but it’s looking as though that has been pushed back until later this year.