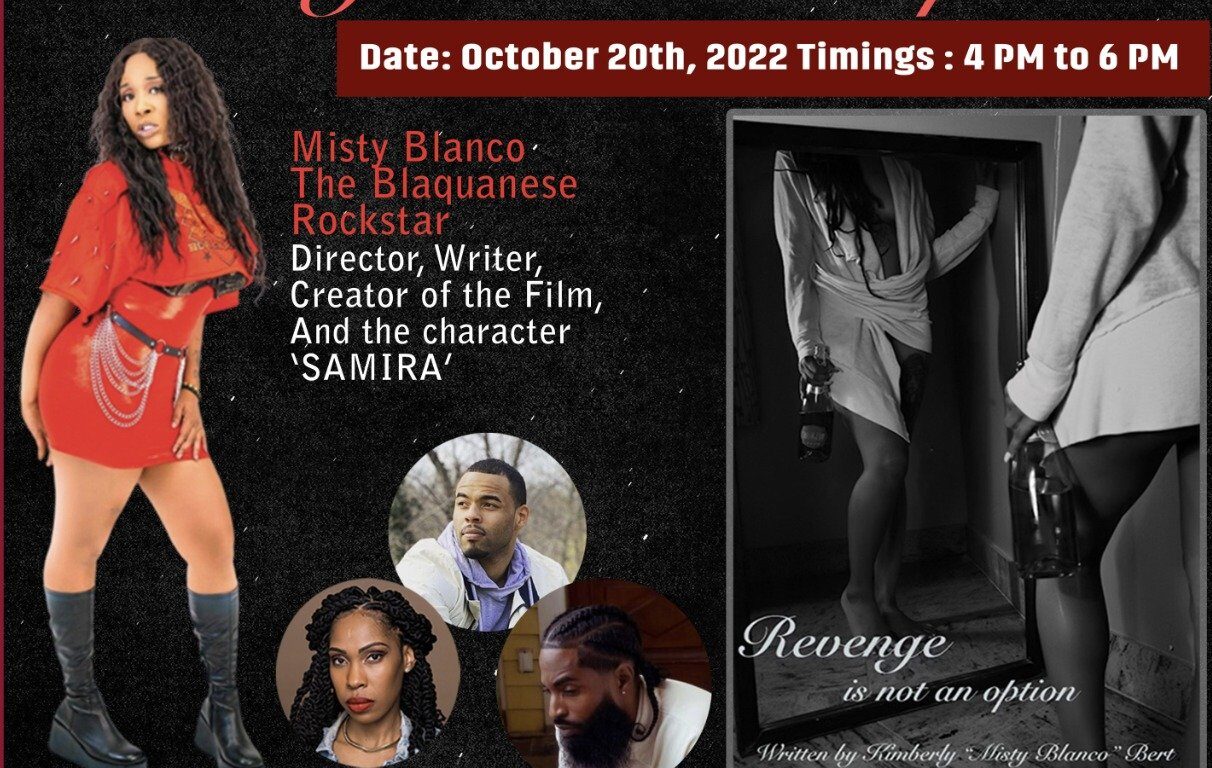 On October 20th, 2022 The Misty TV Firm Corporation will be having a private Meet & Greet, Q&A/Press Conference for the cast of the trending upcoming episodic series called “Revenge Is Not An Option”, written by “Misty Blanco The Blaquanese Rockstar”. In the past months, Misty Blanco has introduced us to some of the actors and actresses, and musicians she plans on having in her episodic series.

“Stacey” played by “Asia Niema” is an ex-girlfriend, and “Meech” played by “Gerard Smith” is seen as the jealous best friend, and then there are musical guests Violinist named Reina Hondo, and vocalist “Princess Frontier” who has just released her new single streaming on all playing on all platforms and just in their introduction to the series lets us know “Revenge Is Not An Option” is a series you can’t miss. On October 12th Misty Blanco introduces us to another character named “The Conscience Voice” who is a poet named, “H.I.M The Poet” from the state of Virginia.

In his introduction, he gave a very chilling perspective of what the conscious voice is saying to all characters on the series, “Seven, Samira, Stacey & Meech”, during their times of making choices. This added an interesting twist and further added the anticipation for this series to come to television.

On October 20th, 2022 in NY, NY there will be a private Meet and Greet, Q&A/Press Conference for the cast, and only special invited guest will be in attendance. On October 18th, 2022 it is said that “Misty Blanco” will be giving away free tickets on her live feed. It is already said the guest list is filling up fast and all the who is who will be in attendance. For your chance to be added on this special guest list please contact, “The Misty TV Firm Corporation” via email: [email protected] for more details, and for rvsp seating.

For publicity for the cast for “Revenge Is Not An Option” please contact: The Misty TV Firm Corporation via email: [email protected]