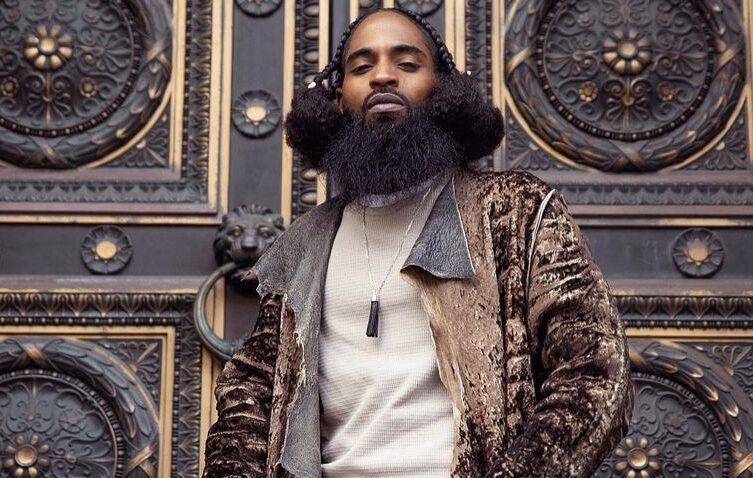 Terrance Baker is a known model who goes by “Dat Damn Indian Boy”, will be in the upcoming episodic television series “Revenge is Not A Option” playing the role of “Seven”, a kingpin and boyfriend to “Samira” who will be played by Misty Blanco. This film is highly anticipated and set to go into public casting in October 2022 for the public.

Misty Blanco has informed us that she has been taking her time to bring this story she written to life. She doesn’t desire to have pressure on herself instead bring her audience into the creation on her first film. She chose to cast certain actors and actresses for the roles of the characters as she plans for her series to last a while once it hits television.

“Revenge Is Not A Option”, will be a must see once the film is released to television. Though she don’t tell us much about the series she has allowed the audience to meet her characters creatively which causes you to want more. Misty Blanco The Blaquanese Rockstar takes us on a journey on Instagram as we met a few of the characters in the film.

Misty Blanco The Blaquanese Rockstar is a very descriptive writer in music, so to watch her pen go into film will be an excitment to see. We have already met a sneak peek of her pen with the characters in her film “Revenge Is Not A Option” on the casting Instagram page @mistytv_blaquehollywood. “Meech” who will be played by Gerard Smith definitely makes you wonder who is “Seven?”. Then “Stacy” played by Asia Niema gives a chilling description of a ex mad at a guy named “Seven.” So we all wanted to know “Who is Seven?” And who play this guy? “Stacy”, had us all bucked eyed eating popcorn as we all wondered who is “Seven” and “Samira”. And whats going on? Wouldn’t you agree? We have all been on the edge of our seats wondering that same question, “Who is Seven?”

On September 2nd, 2022 Terrance Baker known as Dat “Damn Indian Boy” pops up on Misty Blanco’s Instagram IG as she announced he has been the “Seven” everyone has been looking for, and she further revealed she will be playing his girlfriend/wifey in the series “Revenge Is Not A Option”. This is a must see!

Terrance Baker known as “Dat Damn Indian Boy”, is a model on KenQ Style Agency, which is an styling and management agency for various model’s and clothing designers. Terrance Baker is from New Orleans and is known for his beautiful hair and royal air in the world of fashion and modeling. He hasn’t been known to talk much so to know he will be the character “Seven” in this episodic drama called “Revenge Is Not A Option” is intriguing and definitely will become viewers choice. We love the fact Misty Blanco will take the role as a sexy beautiful girlfriend/wifey named “Samira”, so we can see her in a role outside of the box of what we all thought she may have played.

During her reveal on her Instagram page we all wanted more as we watched the flirtation between the two characters “Seven & Samira” on promotional vid. We can already see “Seven and Samira” will be a sight to see on the big screen and we all look forward to meeting them and more of the cast for “Revenge Is Not A Option”, in the near future.

Casting to the public will be open in October of 2022 however online casting is open now on Instagram @mistytv_blaquehollywood , we look forward to seeing this film unfold and watch the growth of this project as Misy Blanco says she plans to have her audience get to know her characters and fall in love with them before they hit the major screen. She will be releasing it as a book soon.

It’s great to finally meet “Seven”, who will be in the television series “Revenge Is Not An Option.” Misty Blanco sure knows how to keep us wanting more! Misty Blanco has also reveal KenQ Styles Agency will be styling characters for project. Which is a interesting twist as we look forward to seeing the designs for these characters.

For publicity on film “Revenge Is Not An Option” and cast please contact: