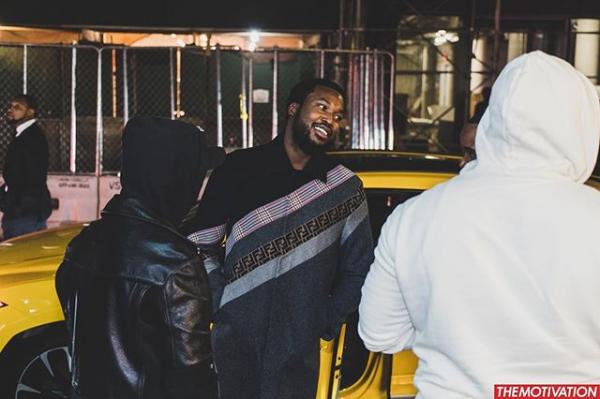 Meek Mill reps the owl after all of his history with Drake.

Earlier this year, Drake brought out Meek Mill during one of his concerts to officially squash their beef. It had been years since the two were going at each other’s necks but after all that Meek went through while combatting his unjust prison sentence, Drizzy decided it was time to let their feud dissipate.

At one time, Meek vs. Drake was the hottest rivalry in rap with everybody clowning the Philadelphia rapper for taking an “L” in the battle. It’s all come full circle in the last year with the two finally embracing in September. Now, Meek is teasing an even stronger bond between the two as he’s flexing an OVO chain in his latest photos.

It’s not uncommon to see Meek rocking his Dreamchasers chain around the city but an OVO chain? That’s new. Some fans noticed the odd choice and pointed it out in the comments.

Quoting his mentor Rick Ross, the rapper wrote, “MY LIFE DEEPER THAN RAP THO.” Would you ever get used to Meek being a member of OVO? It’ll probably never happen but it would be pretty absurd. Especially if Meek keeps popping up with OVO symbols, it may come to fruition.

Swipe through the photos below and take a look at Meek holding up an OVO chain for the camera.