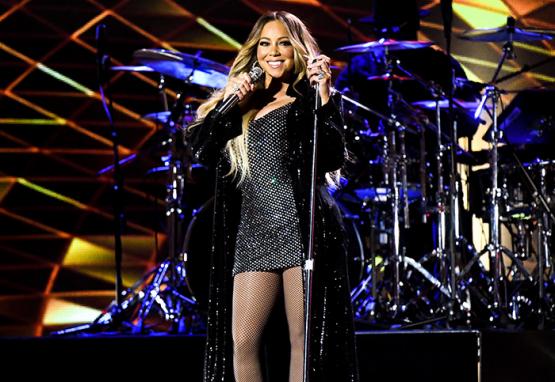 Proceed with Caution. Mariah Carey has announced the title and release date for her highly-anticipated new album.

The pop diva’s 15th studio album Caution is set for release Nov. 16, she revealed to fans in a video posted to social media. While descending a staircase, Mimi and her seven-year-old son Rocky made the big announcement.

“The name of my new album is Caution, and when does it come out, Rocky?” Mariah asked her son, who replied, “November 16th!” Her Twitter background has also been changed to pink caution tape.

Caution has already spawned the Nineteen85-produced buzz track “GTFO” and Mustard-produced lead single “With You.” Additionally, it is set to feature contributions from Jermaine Dupri, Skrillex, and Ty Dolla $ign.