The suspect's girlfriend was shot and survived. 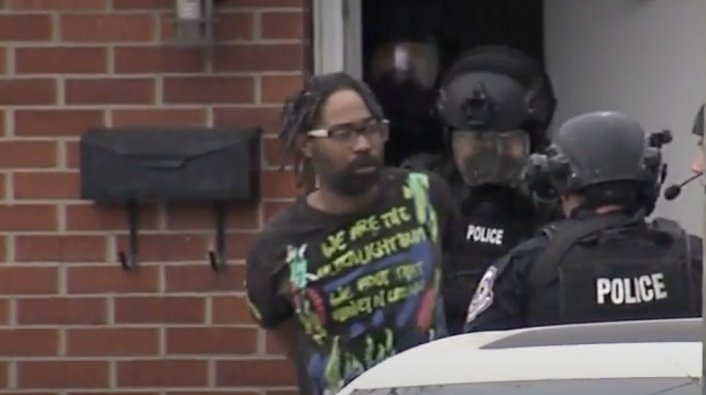 Moore’s cousin, Wendy Johnson, says Halfacre was pressuring Moore to give him half of her stimulus money before the incident. She recalled overhearing Moore telling Halfacre, “No, you don’t deserve any of this. I work. I take care of our child. You don’t do anything.” After Halfacre continued to pressure Moore, she offered to give him $450, but he wasn’t satisfied, telling her that he was going to “get that money.”

On Saturday (March 13) evening, Johnson says Halfacre walked up to Moore and gave her an “evil look” while she was watching her car on the curb outside of her house. Johnson says that Halfacre came back later, demanding money and going through Moore’s purse. Moore’s brother, Daquan, then stood up to Halfacre and told him that he couldn’t have any of his sister’s money, pushing him, which is when Johnson says Halfacre pulled out a gun and started shooting everyone.

Moore hid on a neighbor’s porch until the officer’s arrived. Meanwhile, Halfacre had taken their 6-month-old daughter and fled the scene. Police and Halfacre were engaged in a four-hour SWAT standoff, and he was found in an attic of a nearby home while trying to avoid several volleys of tear gas that had been fired inside. Nearly 24-hours after the murders took place, their baby was recovered unharmed.