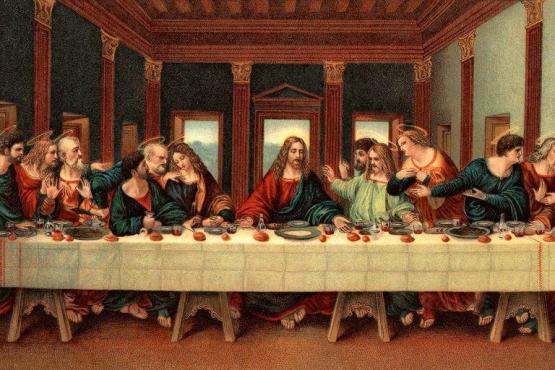 Lupe Fiasco Left To Right – Coming off the drop of his return-to-form project Drogas Wave, Lupe Fiasco has wasted little time in continuing his regimen. Never one to neglect his lyrical exercise, Lupe has been keeping his pen moving, seeking inspiration from artwork young and old.

“Had a couple hrs 2kill so I wanted to practice,” writes Lupe, continuing his tradition of Twitter-exclusive drops. “I liked Wayne & Kdots Mona Lisa soi wanted to flip it but use a different painting so I took davincis the last supper.” In true visionary fashion, he recommends accompanying the track with a deep horizontal examination of the painting, presumably to enhance the deeper thematic elements.

It also serves as a testament to Lupe’s creativity, which is, dare I say, unrivaled in the game’s current iteration. “Put a story to it that reads left to right,” he says. “If u listen to the song while looking at the painting you’ll see.”