Lil Wayne’s ‘Carter V’ Is A Celebration Of Freedom 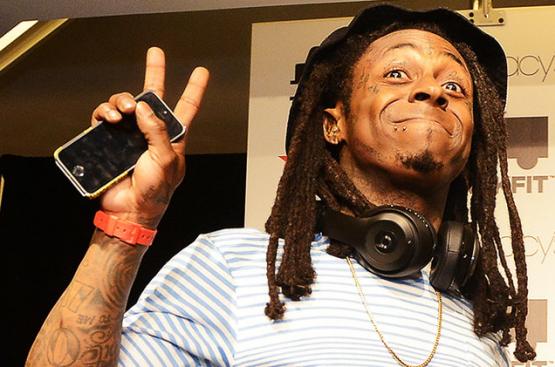 Lil Waynes Carter V Is A Celebration Of Freedom

From the outside looking in, years of courtroom battles have turned Lil Wayne and Birdman’s relationship irreconcilably sour. What once seemed to be a foundation so strong that no harm could be done to it is now a cracked mirror, innocently pieced back together, seemingly intact but never to show a perfect reflection again. If there is just one thing to take away from the last four years of C5-gate, it’s that absolutely nothing is certain. It’s a statement so cliché that it’s almost laughable but clichés are clichés only because they’re painstakingly true. And if it takes a sum of $51 million for the realisation to set in, then so be it.

The deep root of the issue that caused today’s shattered landscape in the world of Cash Money Records may never come to light. Whatever it was, it separated a relationship perhaps even closer than that of a biological father and son. Any normal father and son duo are often joined by coincidence and tied together only by mere blood. Blood is thicker than water, but loyalty is, or was, thicker than them all. If it was indeed money and money only that caused this rift, it certainly proves that the love of it is the root of all evil.

But the topic is now mute. As of June, Wayne has been compensated, is now the sole owner of Young Money Entertainment and has been free to liberate Tha Carter V from its shackles. He will do so as soon as his birthday ends at midnight on September 28th and it seems the whole world is anticipating it.

The irony in the hype is the lack of critical acclaim that Wayne’s solo albums before this have received. Reviews for both Free Weezy Album and I Am Not A Human Being II were mixed, with even the positive ones acknowledging a slip in form. The last in the Carter series seven long years ago was panned as an unworthy sequel to 2008’s classic by most. Considering most of the forthcoming album’s material may be many years old by the time it’s heard at the end of the week, there’s every chance that the LP sounds dated and will be the butt of social media hysteria. Of course, there’s every chance it’s a genuinely special effort. Either way, it doesn’t matter.

This album isn’t about all of that. To Hell with first week sales, reviews and breaking records. The release of C5 is a statement more important than any Wayne has made before. An expression of artistic freedom and a result of the license to be creative. That the album is coming out at all is the sole win for Wayne and independent artists everywhere and the glory comes when the album hits Streaming services and store shelves on September 28th, not if some snobby writer thinks it’s a classic on the morning of September 29th. The second the lawsuits were settled in court, the album was destined to be a success because the story of it is so unique. Unlike any other project, the release is the absolute final step. The rest is heresy.

Despite this, in the moments after its release, Tha Carter V will undoubtedly be compared by critics and fans alike to 4:44, Life Is Good and other efforts from rappers who have matured from braggadocios MCs to wordsmiths who paint life’s most detailed pictures. All signs point to the harsh truth that its content may not be typical of a man who will be 36 by the time it comes out on Friday. But that’s neither here nor t

Whether the decision has been made in the last few months to update the album from its supposed final state four years ago or to leave it as it was intended to be heard back then is no concern. For the first time in a long time, Lil Wayne finds himself in a win-win scenario, fully deserving of the Hip-Hop community’s support. In that sense, perhaps the turmoil that caused this was indeed a gift disguised as a curse. There is something unquantifiable but valuable to be found in hard times.

9-28-18! Wowwwww God is GREAT life is GOOD! @liltunechi 🐐Thanks to @benmendy23 @floydmayweather @jharden13 @obj @kobebryant & @mikevick for participating in the countdown which I saw confused the majority 🤦🏾‍♂️😈! Sorry about that it was tough to see y’all so ⬆️ then so disappointed but we never confirmed the 21st (sh*t was fun tho.) Well after waiting for years we HERE babbbbyyyy! Thanks for all the prayers and support promise it never went unnoticed or unappreciated. LOVE 🙏🏾 #C5 #MulaSZN

We don’t know yet if the music is the same, but contrary to popular opinion, we know that the artwork for the album is not as it has always been. Yes, we still see the same picture of a young Dwayne with his mother Cita Carter, his eyes as pristine as they’ll ever be. Years before the suicide attempt, before the millions. True, it’s the same image. But the difference lies in the symbolism. What stands out about the cover now as opposed to its unveiling in 2014 is the lack of a father. In the years after the picture was taken, a man named Rabbit would fill the picture before his untimely death. Then came Bryan Williams, perhaps still somewhat playing the role even if visibly tainted. But they say things always end as they begin. Now, it’s just Mrs. Carter and her son, once again anxious for you to hear him rap.

Enter Tha Carter V. The significance of the number 5 in numerology is impossible to gloss over. It conveys independence and unpredictability. Numerology.com says “the most dominating trait in the 5 is her uncompromising demand for freedom in thought and action.” Freedom. At the end of the day, it’s all that matters and come Friday, we celebrate it with Lil Wayne’s most important album yet, regardless of the music.