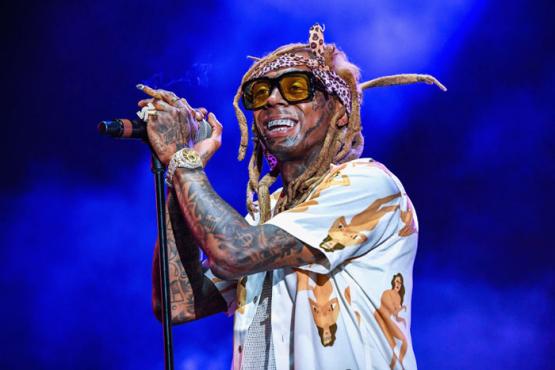 Before the announcement, Floyd Mayweather posted a “V” on Instagram with the goat emoji and “21” hashtag, prompting speculation of a Sept. 21 release date. Wayne previously used athletes including Kobe Bryant to build hype for Tha Carter V in 2014.

Remember back in 2014 Lil Wayne got top athletes to post this image, to build hype for the Carter V. I think it’s happening again. Caption reads “🐐 #21”

Is the Carter V finally releasing on Sept. 21st?😯 pic.twitter.com/SbMWXRSKsQ

C5 has been plagued by delays following Wayne and Birdman’s legal battle. Weezy sued Cash Money for $51 million in 2015 to terminate his contract. As a result, Tha Carter V was placed in limbo. In June, he reached a settlement with Cash Money for an undisclosed amount.

In February, Birdman promised that fans would receive the album before the end of 2018. “We’ll get that this year,” he told Rap-Up. “I’m guaranteeing you gon’ get it this year.” Lil Wayne Tha Carter V Album

Just last month, Birdman and Wayne squashed their beef onstage at Lil Weezyana Fest in New Orleans, where the Cash Money boss publicly apologized to Weezy. “I knew this day was gon’ come, but I didn’t know when it was gon’ come,” said Baby. “But this ni**a right here, the best ni**a, the realest ni**a, the illest ni**a. And I wanted to apologize to my ni**a worldwide.”