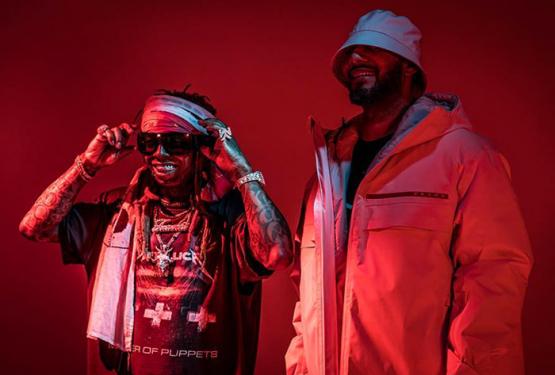 Lil Wayne is making an “Uproar” on the charts and social media.

While the #UproarChallenge takes over the internet, Weezy went in front of the cameras to shoot a music video for his Carter V standout.

The Young Money boss was on set in New York earlier this month filming scenes with the song’s producer Swizz Beatz, as well as social media comedians Atown, Fatboy SSE, and “In My Feelings” star Shiggy, who was seen dancing alongside Weezy.

Wayne also traveled to New Orleans to shoot additional scenes in front of his mural in his hometown of Hollygrove. With help from choreographer Eddie Morales, Tunechi performed on a track at Harrell Stadium while dancers did the #UproarChallenge behind him. Some of the footage was used in a promo commercial for the Genesis Halftime Show.

“Uproar,” which contains the same sample as G. Dep’s 2001 hit “Special Delivery,” is currently No. 7 on the Billboard Hot 100 and has sparked a viral dance challenge. Wayne got in on the #UproarChallenge, posting a video of himself and his sons dancing to the infectious song.