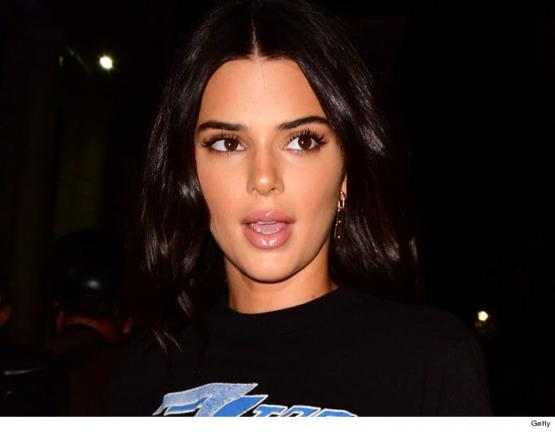 Kendall Jenner is no stranger to nudity. The world renown model has tastefully been a part of several nude photo shoots that free the nipple and expose her body, most recently doing so for Love Magazine last month. Well on Tuesday, another couple photos leaked online prematurely of Kendall running naked on a beach & riding a horse, which of course has sent twitter into a frenzy over.

Of course, people are having a field day the pictures, mostly confused as for why she’s riding a horse naked with no saddle, but we went ahead and compiled some of the best reactions from Twitter for y’all to check out. Have a good laugh at them (below).

Why did i wake up to naked kendall jenner all over my tl pic.twitter.com/gTHPOD6tAx

Listen. I don't care what Kendall Jenner is doing. Do not put your bare lady garden on a horse and ride around. You will get crotch mumps. pic.twitter.com/N8vgtsZqVX

Everybody’s talking about the picture of Kendall Jenner naked on horseback.

Listen, I needed the money.

Also, it's quite interesting how people are discussing/shaming her natural body. Moral of the story? Whether you have enhancements or are natural, folks will talk ish. pic.twitter.com/BlNjlJEuRY

Okay imma just pretend I didn’t wake up to Kendall Jenner putting her bare pussy on a horse.

So I like women and all but seeing #kendalljenner naked is a HUGE no for me. Some things should be kept private. pic.twitter.com/C9AhNd0OzA

That poor horse. What did it do to deserve such cruelty? #KendallJenner pic.twitter.com/0yS35fR8QD

But let that be a black woman running on the beach butt naked it will be called ghetto and classless. We seen how they did Serena and that Cat suit smh #kendalljenner

Me opening my Twitter and seeing naked Kendall Jenner riding on a horse pic.twitter.com/vy7j49VtOk