Kanye West’s Full SNL Speech that Was Cut Off Air 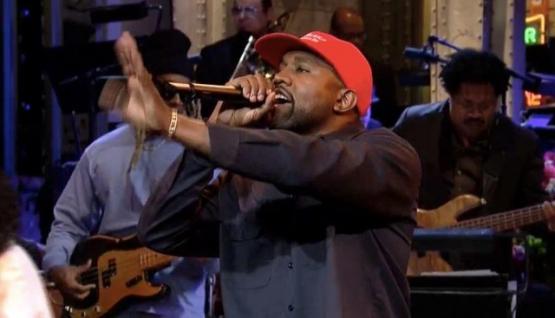 Kanye Wests Full SNL Speech that Was Cut Off Air

After debut his “We Got Love” single with Teyana Taylor earlier in the night, Kanye West closed out the season premiere of Saturday Night Live with a bonus performance of “Ghost Town.”

Joined by Kid Cudi, O70 Shake and Ty Dolla $ign; Yeezy went to discuss the 1st amendment, after executives at the show’s network told Yeezy to not walk out on stage with the infamous hat on his head. Mike Dean, who was on-hand backstage, recorded the moment on NBC’s in-house monitors.

Take a look at the clip below.

KANYE SNL TALK THAT GOT CUT OFF FREEDOM OF SPEECH SHOULD HAVE EXTENDED pic.twitter.com/IpULoEJxsN