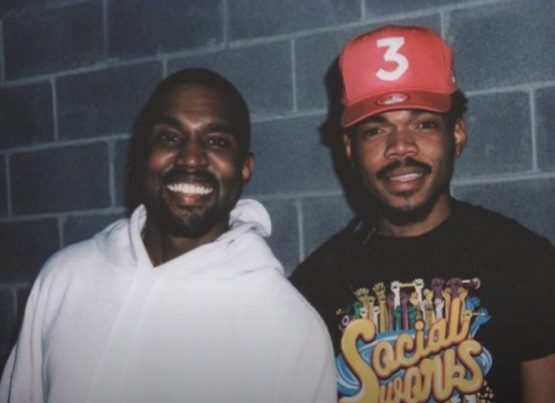 Over the weekend, Chance teased the name “Good Ass Job” on his Instagram page, leaving fans to think that it may be the title of his album. Kanye West Chance The Rapper Good Ass Job Album

On Monday night, Chance invited Kanye as a special guest to his monthly Open Mike night in Chicago where ‘Ye made the formal announcement. “Me and Chance working on a new album,” Kanye said as the students cheered in excitement. “It’s called Good Ass Job. Now I love you guys very much, we need to go to the studio.”

Good Ass Job was originally supposed to be Kanye’s fourth studio album after Graduation but the plan was later switched as ‘Ye ended up recording 808s & Heartbreak.

If you remember, Chance had earlier revealed that his new album with Kanye will feature 7 songs. Interestingly, Kanye also told the crowd that he’s moving back to Chicago for good. Earlier today, Kanye announced his new album Yandhi on social media, hitting stores September 29.