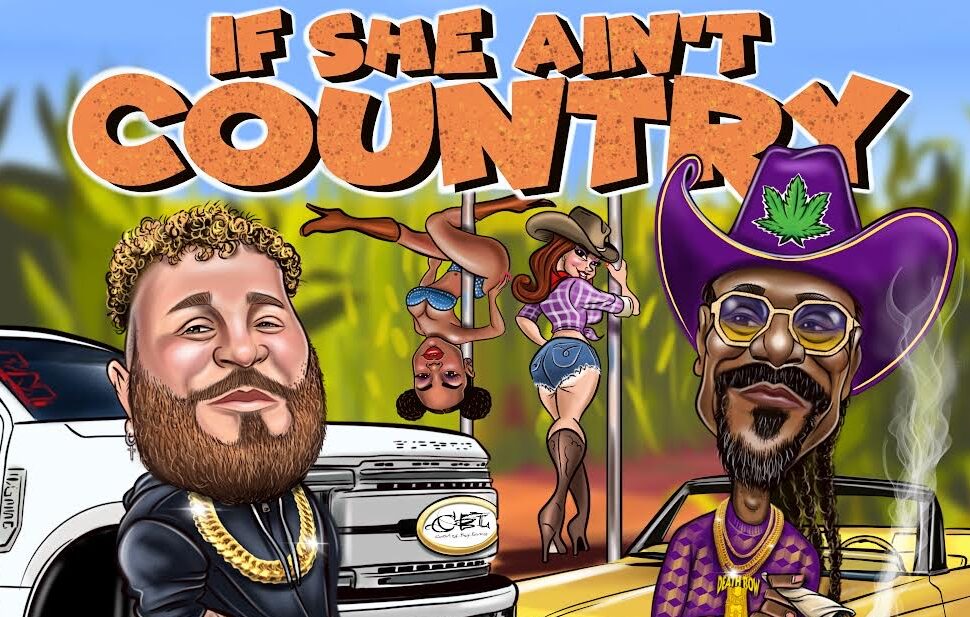 Nashville, TN (September 22, 2022) – Justin Champagne, a genre-bending artist with countless viral moments dating all the way back to 2016, is accelerating the track to success since joining cultural icon Snoop Dogg on the road with an opening stint on the rapper’s 420 tour. In the few short months since the tour, Champagne has released a new EP release, multiple music videos and now Champagne is back with new music. The remix for “If She Ain’t Country” featuring Snoop Dogg is out now on all streaming platforms.

“I’m amped to have this song out with Snoop Dogg,” exclaims Champagne. “He’s such a cultural icon and it’s such an honor to have him remix one of my songs.”

The living legend is also featured in the music video, out now. The video, directed by award-winning director Ed Pryor and shot at Snoop’s compound in California, is a high energy production filled with girls, gambling and an insanely jacked up truck.

Listen to “If She Ain’t Country” Remix

Born and raised in south Louisiana, Justin Champagne makes genre-bending music rooted in the sounds, stories, and swampy swagger of his home turf. It’s a soundtrack for Louisiana’s small towns and muddy backroads — a gumbo of hip-hop, country, hook-heavy pop, and hard rock, glued together by a hometown hero who raps and sings not only about his own experience, but also about the country lifestyles of his neighbors in the Deep South and beyond.

Champagne has been releasing new music over the past couple of months including the vibey and sure to make you dance “I’m The One,” latin remix featuring El Taiger, the sultry break-up anthem “Refill,” and the much anticipated EP IF SHE AIN’T COUNTRY.

Everything changed in 2016, when Justin Champagne wrote “Sun Goes Down.” A breakup anthem filled with hip-hop beats, countrified guitar riffs, soaring vocal hooks, and rhythmic rapping, “Sun Goes Down” was the first song to embrace the full range of Champagne’s musical tastes. By combining a variety of different sounds together, he created something new: a boundary-breaking genre that showcased not only the depth of his influences, but also his versatility as a songwriter, storyteller, vocalist, and rapper. Unsurprisingly, the song became a hit, earning more than a million listens on Spotify and laying the foundation for a unique, trendsetting career.

Champagne’s full-length debut, Small Town Sentiments, was released in 2018. Tracks like “Beers” and “In Them Jeans” became fan favorites, introducing a growing audience to Justin’s sound. Things accelerated once again in 2019, when Justin teamed up with hip-hop artist Gabe G to record the wildly-popular “BackRoads.” A tribute to rural living and the great outdoors, “BackRoads” earned Justin a dedicated following not only on Spotify, but also on YouTube, where the song’s music video — shot in the mud bogs, fields, lakes, and country lanes of his home state — amassed 5 million views during its first year. The song was an anthem for small-town residents across America, but it was personal, too, grounded in the experience of a musician who has always preferred country roads to city streets.