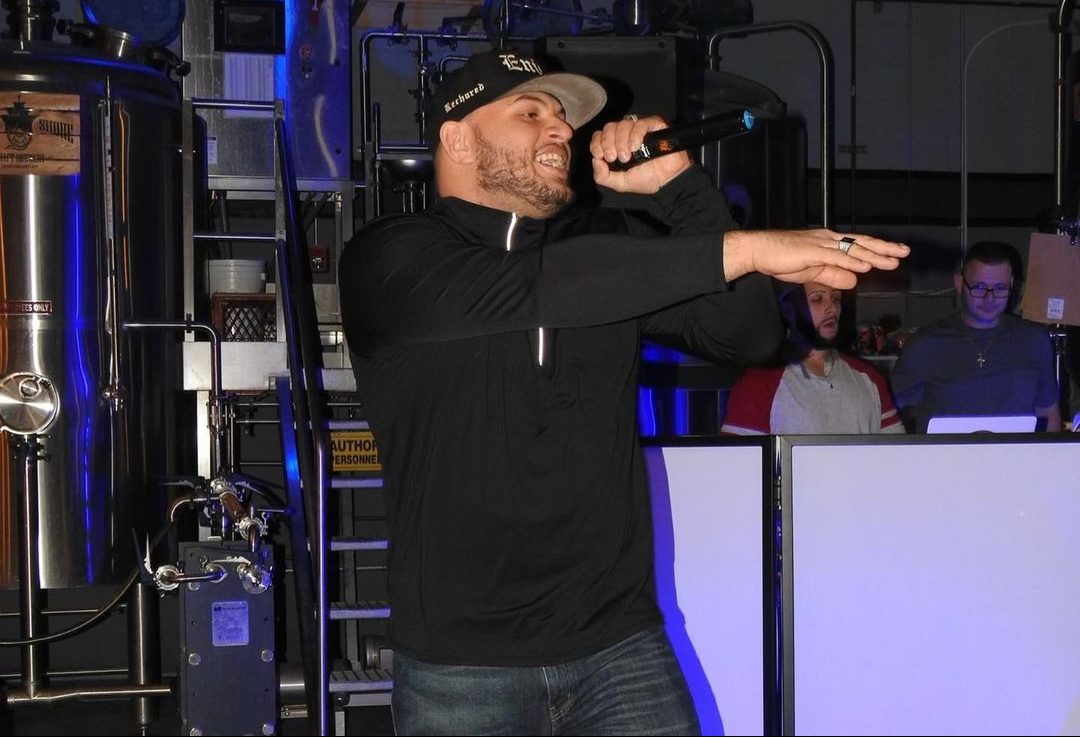 We sat down and spoke with NY rapper Enjetic about his new album titled ‘REGENERATED’ where he explained what makes him different as a person and an artist, what can we expect from that project and more.

It’s just the start for Enjetic whose highly-anticipated album is already making waves before the official release, through the industry, and it’s going to be hard to ignore his stardom in this world. His next goal is performing music around the world, as well as making a change in politics through his political activism and organizational affiliations.

Read the full interview below to learn more about Enjetic and the inspiration behind his upcoming project.

Tell us about yourself

My name is Danny Rivera. My stage name is Enjetic, a name I started going by years ago due to my “energetic” style of freestyle rapping. I am a Hip-Hop artist from Long Island, New York.

What makes you different as a person and an artist?

The first thing that sets me apart is my musical background. My father Eddie Rivera was a music artist manager. He worked with artists that were affiliated with the rap supergroup Def Squad, including Erick Sermon (formerly with EPMD) and Keith Murray. Early on, my father was involved with artists including Sam Jacobs (the percussionist for Run- D.M.C. who produced the 1985 single “Nightmares” by Dana Dane on Profile Records and was introduced to my dad by The Cosby Show’s Carl Payne). My dad later worked with Biz Markie, Chris Rios (aka Big Pun), Fat Joe, and Dinco D (from Leaders of the New School). We also had our own home recording studio on Long Island, which we called Artworks Studios (my dad is also a mixing and mastering engineer).

Aside from growing up among well-known artists, another thing that sets me apart is my deep love for music genres other than Hip-Hop. I study the sound of the jazz classics from the 1920’s as well as the culture and style of that era. I’m also very much into the vibe of flamenco music. I have a particular love for the Motown era of the 1960’s as far as the singing and production, the musical concepts, and the live performances of those artists. I’m also hugely into the 70’s and 80’s classic rock sounds of bands like Chicago, Kiss, Pink Floyd, Bon Jovi and Twisted Sister. I try to incorporate all of these different vibes, sounds and elements into my own music, which I think adds a certain diversity to what I do from a musical standpoint.

Finally, I think my role as a political activist is unique as well. For example, back in 2010 I was involved in an anti-bullying campaign, and I had a chance to work with and perform in front of various politicians, including at the United Nations in New York City. All these experiences have in turn helped to shape and develop me further as an artist.

You’ve been working hard on your next album “Regenerated” which is set to debut on Christmas Day. What can we expect from that project?

I think it’s fair to say that this album, which is my first full-length album that I recorded on my own without my mentor Charles Hamilton, is unique because it incorporates many different elements and sounds that I haven’t explored too much in my previous work. When you listen to this album, you won’t just hear pure Hip-Hop – you’ll also hear Pop, Reggae, R&B – all these different genres are definitely present throughout. So it’s an album that I feel is very diverse in that respect. It’s also the first time, from a musical standpoint, that I feel I have really been able to achieve more of a “mainstream” Hip-Hop sound as opposed to the more hardcore, raw style I employed on much of my previous work.

Tell us a bit about the inspiration behind the album “Regenerated.”?

For me, “Regenerated” is about the fact that I had taken a break from being a Hip-Hop artist for a time, and I found that this time off gave me a renewed spirit – it basically allowed me to once again feel regenerated. I felt that the time was right to bring myself back into the game so to speak, and to make my musical statement. That’s basically what this album is all about. A musical “rebirth,” if you will; a renewed sense of purpose.

Is there a song on the album that speaks to you the most?

I’d have to say that there are two songs on the album that really stand out to me – “Blocking,” which is about blocking out negative energies that might surround you, and “Althea” which is named after my fiancée and is me basically letting her know that even after some difficult times in our relationship, I’m “letting her know” that I’m not going to leave her.

What would you say is your main goal before the end of the year?

My main goal is for the album “Regenerated” to get on Billboard’s charts.

What are some of your dream collaborations?

I’d love to collaborate with Kane Brown, 50 Cent, and Ed Sheeran. I’d definitely say that working with any of those artists would be totally amazing.

Where do you see yourself in five years?

In five years, I can definitely see myself performing music around the world, as well as making a change in politics through my political activism and organizational affiliations.

Connect with Enjetic on social media for updates on new music, videos, and more; @enjetic2021