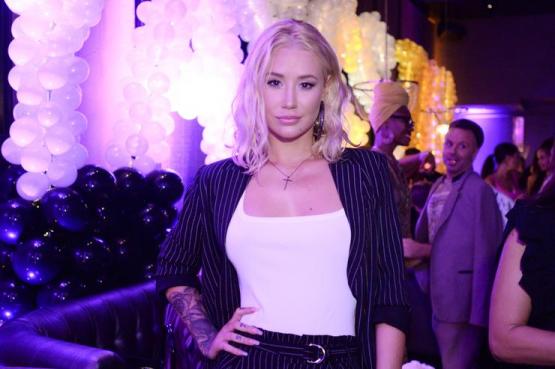 Iggy Azalea says the cancelation of her “Bad Girls” tour was completely out of her hands.

The word out of CupcakKe’s camp was that she had outgrown the need to be a complimentary piece to the “Bad Girls” tour and thus made plans to tour independent of Iggy, in support of herself.

Well, now it seems Iggy has been dealt yet another blow, as a consequence of CupcakKe dropping out. The “Bad Girls” tour has been canceled in its entirety, “due to unforeseen circumstances.”

As Variety reports, Live Nation broke the news, on behalf of their artist. The tour was scheduled to visit 21 different cities along a five-week grid, kicking off on Oct. 27 in Hollywood, Florida and wrapping up before the subzero temperatures were set to hit the ground on December 4th in Houston, Texas. The full statement via Live Nation reads: “Due to unforeseen circumstances, Iggy Azalea’s The Bad Girls Tour has been canceled, refunds are available at point of purchase.”

Iggy fans are free to speculate on the reason(s) for the cancelation; if you were to bet, the signs point to her relative inactivity (due to depression), poor ticket sales, and most importantly, the critical reception of her Survive the Summer EP, her first in four years, contributing to her malaise. Iggy Azalea offered her fans a message of undying love shortly after formal e-mails to ticket-holders were sent out.