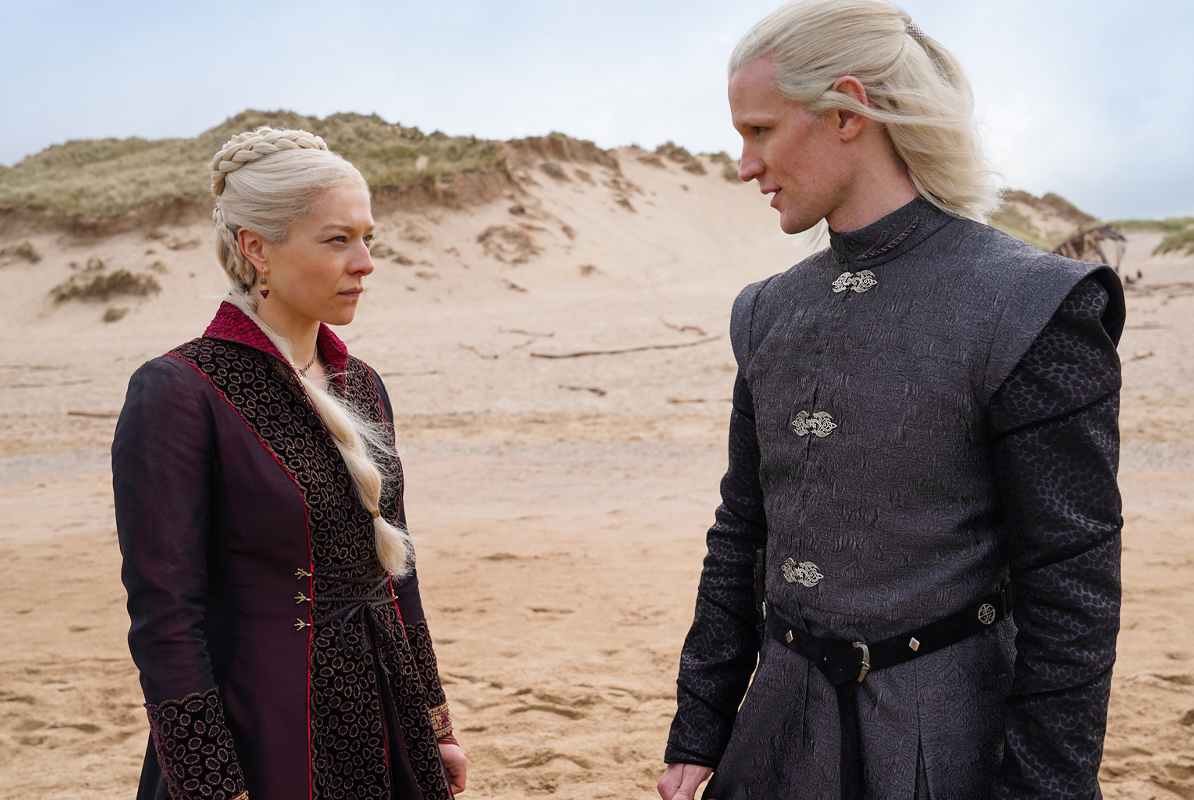 May 06, 2021, 07:27am EST — Game of Thrones’ ‘House of the Dragon’ first photos revealed, as HBO readies the upcoming highly-anticipated prequel series for the franchise. This week, we get a first look at the characters for the upcoming highly-anticipated House of Dragon series. The story of the Targaryen family is set to be told in this series, which happens 300 years before the ending of the original show.

It also serves as the first of six prequel projects in the works at HBO; including one centered around Lord Coryls Velaryin, known as the Sea Snake. Matt Smith as Prince Daemon Targaryen and Emma D’Arcy as Princess Rhaenyra Targaryen, Steve Toussaint as Lord Corlys Velaryon (also known as the Sea Snake), and Olivia Cooke as Alicent Hightower and Rhys Ifans as Otto Hightower.

House of Dragon premieres next year in 2022.

A post shared by House of the Dragon (@houseofthedragonhbo)