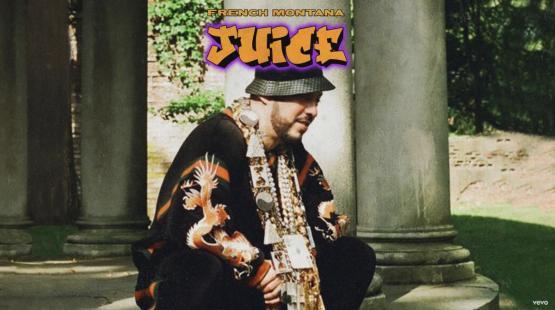 Between hanging out with Drake and spending residuals off last year’s summer smash “Unforgettable,” French Montana can honestly say he’s earned his juice overload. “Too much juice,” he raps, “too much sauce.” It’s unclear whether he’s boasting, complaining, or a mixture of the two.

In any case, French has jumped a few rungs on the social ladder, currently watching the game shuffle and squabble about from his lofty position. French Montana Juice Stream

Taking to an uptempo, melodic instrumental, French Montana delivers some clever bars befitting of his throwback attire. “Slaughter victims, water whippin’ their tatted tears,” spits French, “fuck the system, ice been drippin, I’m debonnaire.” It’s clear he’s coming to put his stamp on the autumnal months, and with a trifecta of bangers on deck, the future is ripe with promise.