Kay Eye was chosen by United Masters & NBA 2K for his song “out fuh Blood” to be featured on the soundtrack for NBA 2k22. 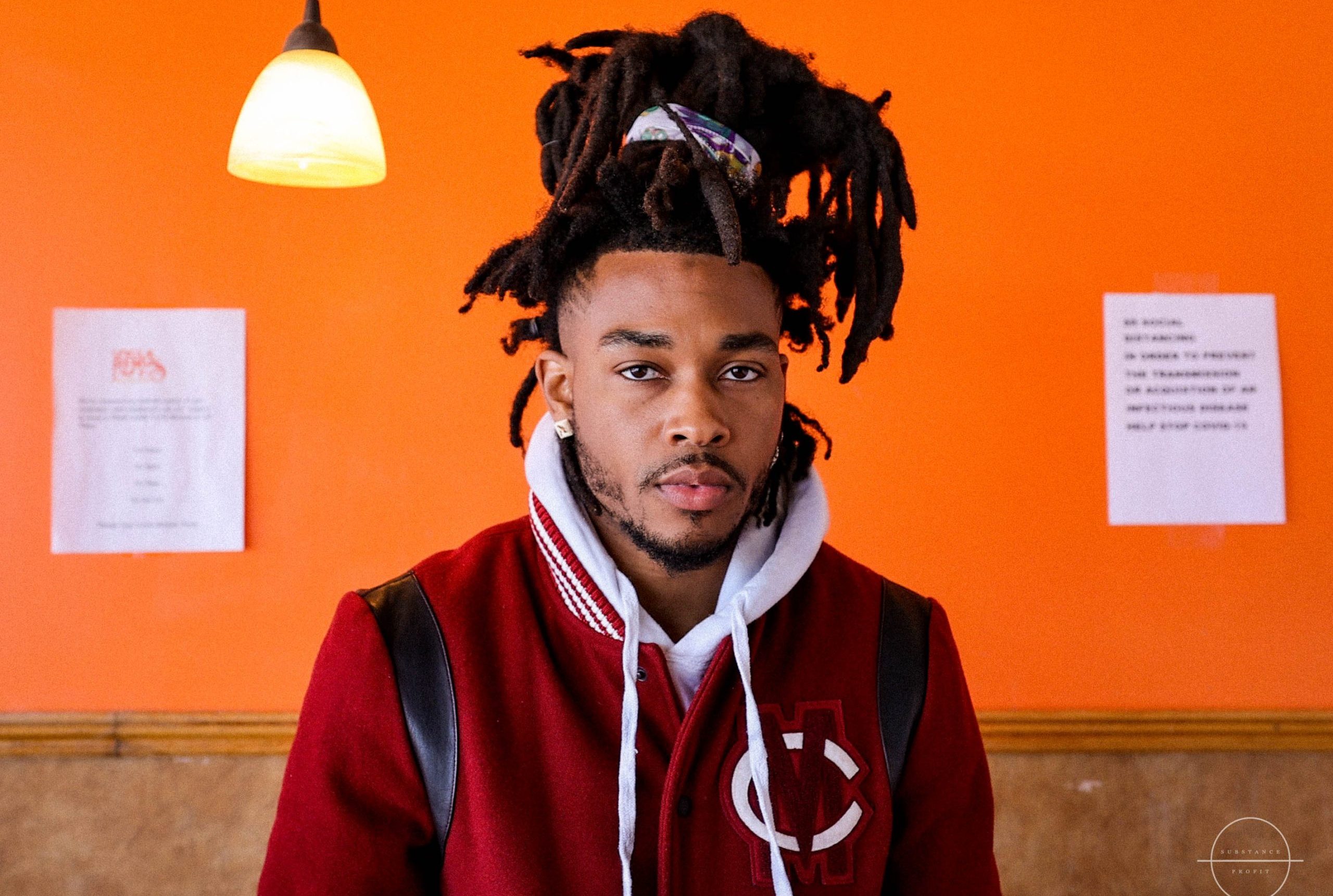 The artist known as Kay Eye, born Will Nicks III, is a rising star shooting straight up out of Chicago, IL with a lifetimes’ worth of soundtrack for whoever is ready to come aboard & join the ride. Kay grew up back and forth between the city’s west side and the west burbs (Woodside), giving him a versatile perspective on life so to speak, which may answer why his music ended up translating the same versatility. Spending his early childhood and teenage years engulfed in the art of crafting bridges to connect musical dimensions, Kay ended up manifesting a unique styling and sound that is naturally unbounded by genre; from sharp raps to imprinting medleys. Stories that your eyes can feel, scholarly wordplay, & melodic hypnosis all contribute to the artistic embodiment that is Kay Eye.

With his latest project, “thelostseries: lostTime”, Kay gave a brief look into the inside of his mind and to what the concept of time has grown to mean to his perspective on life. As his most successful release to date, lostTime has garnered Kay with over 500,000 streams since it’s recent release, and an exciting foundation worth tuning into to witness the bloom. With standout songs from the project “out fuh Blood” and “not uh loveSong”, Kay cements his duality for the audience, almost sounding like two different people between the songs. While each song on the “lostTime” project is equally ear catching, these two songs have been the driving force of the project, with good reason.

Earlier this year, Kay Eye was chosen by United Masters & NBA 2K for his song “out fuh Blood” to be featured on the soundtrack for NBA 2k22. This news came along right on the heels of Kay having his car stolen, and his producer, Bandino World being shot in the head in an attempted carjacking. With the blessings of Bandino surviving the headshot wound & Kay retrieving his car back 3 days before the NBA 2K placement news, the two emerged out of negative situations that could have held them back. Instead of submitting to defeat, the two of them prevailed through to new career highlights and higher levels of success.

Kay Eye’s latest release “out fuh Blood” continues to live on as he drops visuals for the stand out track of his project “thelostseries: lostTime”. With recently being featured on the new in game soundtrack for NBA 2k22, Kay Eye and this hit song show no signs of slowing down anytime soon. Stamped with a cosign from Steve Stoute and NBA Boston Celtics’ Jayson Tatum, I’m sure we’ll be hearing this song for quite a while.

At the start of this year, the songs’ producer BandinoWorld was shot in the head by a carjacker and almost lost his life right before getting picked up by NBA 2k, so it’s a blessing to see how this story has panned out for them. In this video, Kay Eye takes the opportunity to give us a close peek into what has been transpiring in his life over the course of his new found levels of success. I guess Kay Eye was really out for blood after all.