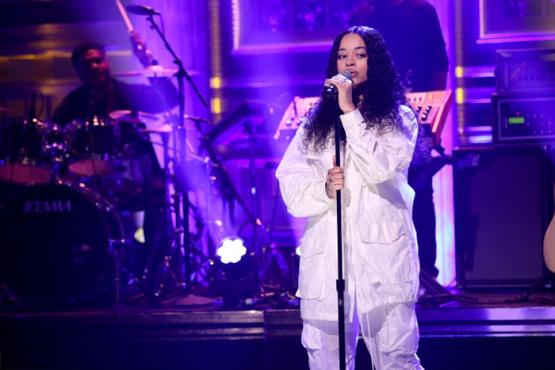 Just days after taking the stage at the American Music Awards, Ella Mai made her “Tonight Show” debut.

Dressed in a matching white windbreaker and pants, the British songstress delivered a powerful performance of her single “Trip” during Wednesday’s show. Backed by her band, she belted out the Mustard production, earning a standing ovation from the crowd.

She has also been named Pepsi’s new “Sound Drop” artist. In her episode, which was shot in her hometown of London and New York City, Ella discusses her upbringing, influences (Lauryn Hill, Chris Brown), and getting signed to Mustard’s 10 Summers label. She also meets YouTube sensation JamieBoy, who performs his own version of “Trip.”