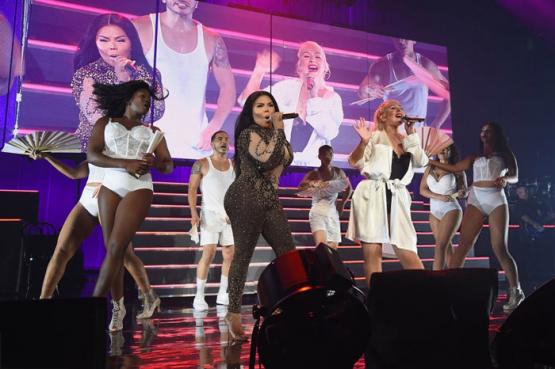 The pop diva surprised fans at Radio City Music Hall by bringing out none other than the Queen Bee to perform “Lady Marmalade.” Aguilera started belting out their 2001 smash before introducing her special guest.

The rap icon hit the stage in a sparkly bodysuit to deliver her verse to loud cheers from the audience, which included Bill and Hillary Clinton.

“Lady Marmalade,” which also featured Mya and Pink, appeared on the Moulin Rouge! soundtrack. The 2001 remake hit No. 1 on the Billboard Hot 100 and earned a Grammy for Best Pop Collaboration With Vocals.

Aguilera’s “Liberation Tour,” her first tour in over a decade, continues tonight with a second show at Radio City Music Hall.