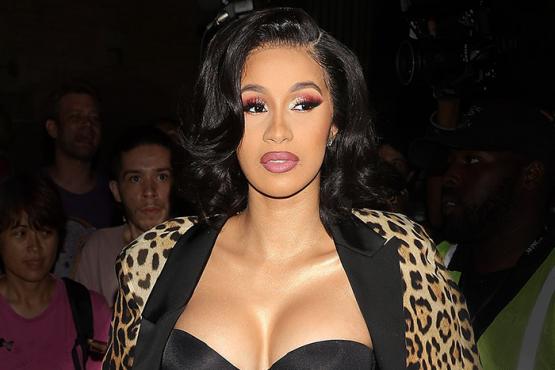 Cardi B earns her third No. 1 on the Billboard Hot 100 as her Maroon 5 collaboration “Girls Like You” tops the chart.

The Red Pill Blues single rises to the top after six weeks at No. 2, according to Billboard. Cardi was previously the only female rapper with two Hot 100 No. 1s, and now she extends her record with “Girls” as her third. Her debut single “Bodak Yellow (Money Moves)” topped the Hot 100 for three weeks in October 2017, and “I Like It” with Bad Bunny and J Balvin hit No. 1 in July.

This is insane. Thanks for making #GirlsLikeYou the #1 record in the country with help from our friend @iamcardib pic.twitter.com/U3grHVW16i

Cardi took to Instagram to celebrate the milestone. “This my third fucking No. 1,” she said. “I don’t give a fuck if I’m a feature on that song, bitch. I’m on that shit. Let’s go!”

“Girls Like You” dethrones Drake’s “In My Feelings,” which falls to No. 2 after 10 weeks at No. 1. “It took us a while ’cause of that damn Drake blocking us, but we here,” joked Cardi.