Cardi B Opens Up About Nicki Minaj Battle 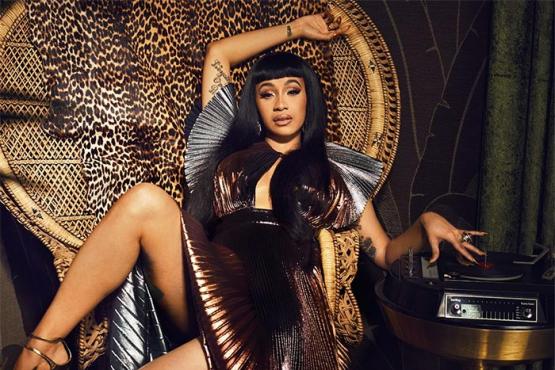 Cardi B Opens Up About Nicki Minaj Battle

Cardi B goes full glamour for the cover of W magazine’s Art Issue. The chart-topping rapper dons designer gowns by Chanel, Rodarte, and Givenchy in the high-fashion shoot. She also opens up about motherhood, marriage, and her infamous fight with Nicki Minaj.

During the Harper Bazaar ICONS party at New York Fashion Week, the “Bodak Yellow” rapper threw a shoe at Minaj and was escorted out of the event with a lump on her head. Just two weeks after the incident took place, Cardi revealed what sparked her outburst.

“For a while now she’s been taking a lot of shots at me,” she told the magazine. “I spoke to her twice before, and we came to an understanding. But she kept it going.”

According to Cardi, the breaking point came when she saw that Minaj had allegedly liked and unliked a tweet about Cardi’s parenting skills, something the new mom takes very seriously.

“I was going to make millions off my Bruno Mars tour, and I sacrificed that to stay with my daughter,” said Kulture’s mother. “I love my daughter. I’m a good-ass fucking mom. So for somebody that don’t have a child to like that comment? So many people want to say that party wasn’t the time or the place, but I’m not going to catch another artist in the grocery store or down the block.”

Minaj has denied accusations that she spoke ill of Cardi’s daughter. “I just wanna let the world know that Onika Tanya Maraj would never, has never, and will never speak ill of anyone’s child,” she said during her Queen Radio show. “I am not a clown. That’s clown shit.”

The rivals will reportedly be in the same building for the first time since their dustup at tonight’s American Music Awards in Los Angeles. Cardi has been announced as a performer, but it’s unclear if Nicki will perform as well.

In her interview with W, Cardi also reveals the advice she received from Kris Jenner, who recently invited her to her house. She ended up spending seven hours talking to Jenner, her boyfriend Corey Gamble, and Kim and Kanye West. “Kris told me, ‘People are going to talk badly about you, but it doesn’t really matter as long as you’re making money,’” said Cardi. “And it’s true. If you read the online comments, it seems like everybody hates the Kardashians. Each and every one of them. But how can that be true if everything they sell sells out?”