By Adding Improvisational Techniques And Modern Musical Styles To His Playing, Ayeneon Has Given The Instrument New Life 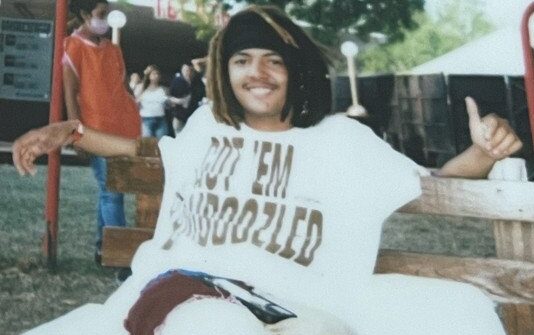 The famous artist goes by the stage name AyeNeon, but his real name is Raymond Julio Nevares. His career as a rapper and singer/songwriter has taken off. Originating in Rochester, New York, he has stayed close to home. Just recently, he relocated to the western part of the city. Soon after, he began to take his musical career more seriously. He got his start in the music industry by creating instrumentals and sharing them on platforms like Soundcloud and YouTube for his rapping friends to use. His songs range from R&B and soul to rap and hip-hop. In his songs, he narrates fictional tales. He reminisces about times gone by, getting smashed, his experiences, and other such topics in those tales. He shies away from what might be called the mainstream of modern music.

How did AyeNeon get into the music Industry?

In 2017, at age 11, he embarked on a music career. To practice his drumming and sampling skills, he installed FL Studio 12. He shared instrumentals on his then-active channel, titled “AyeNeon Productions,” in addition to his other videos. Check out AyeNeon’s official Youtube channel

Some of AyeNeon’s recognizable work?

The title track to his newest offering, which dropped on September 23rd, is aptly titled “ghetto sunroof.” This EP was inspired by his fresh take on R&B/Soul, which blends elements of Hip-Hop. In particular, the track “meditate” by AntoneNow and CHOSEN stands out on this EP. The way is a laid-back trap tune featuring some soulful vocals from CHOSEN and an infectious hook from AntoneNow. To reach one’s full potential, the song recommends meditation and excluding certain people from one’s life.

Expectations from the future

The following year, he plans to reach heights no one could have imagined. Currently, he is preparing for a few specific appearances. He’ll be constructing a recording studio in the home he’s buying for the Ikhanda Creatives collective in Los Angeles.

How would AyeNeon characterize his sound?

The artist has described his music as a lively blend of synth-heavy jazzy production and smooth R&B/Soul and Hip-Hop elements. Sounds more like a mashup between Mac Miller, Monte Booker, and Amine. He thinks his off-kilter voice sets him apart from the rest of the pack. His wide range of musical styles means he can appeal to numerous listeners. One side features a sound that hip-hop fans will enjoy, while the other features a sound that jazz fans will appreciate. His sound constantly evolves, giving him more room to try new things and hopefully shake up the R&B/soul genre.