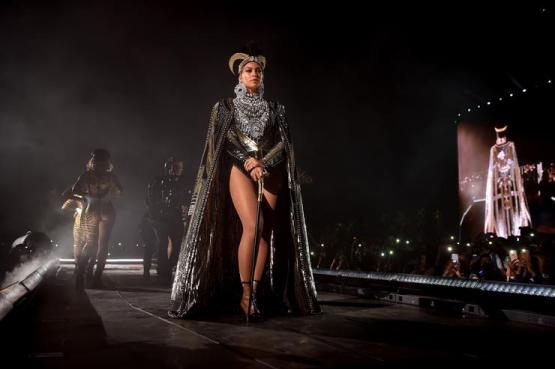 The Queen has spoken – kind of.

It seems like just about everyone and their auntie has an opinion on the Cardi vs. Nicki beef. Various celebrities such as Vivica A. Fox and Kelly Rowland have come forward with their thoughts on the scandalous brawl.

The former shared “I just believe that Nicki knows how to push people’s buttons, and she does it very passive aggressively,” during an interview on Sway. The latter spoke of the fight through the scope of equality commenting “I think in a time where Serena Williams is fighting for equality—I love both Nicki Minaj and Cardi B and I think that they are extremely talented—and in a time when she is fighting for women’s equality, we just can’t be fighting.”

Rowland’s former Destiny’s Child member and all around icon may have taken a stance on the ordeal. While Mrs. Knowles-Carter has collaborated with Minaj and performed with her on several occasions, she has been seen showing love to Cardi and a video of the rapper’s hit “Bodak Yellow” blaring through the speakers during a stop on Queen B’s tour recently surfaced.

This video prompted fans to believe the Coachella headliner had shown her allegiance to Cardi, but it seems Bey has a new message for anyone pondering where her loyalty lies. She took to her website to post a picture of Minaj’s mugshot which has been used through-out the On The Run II tour days after the NYFW fight went down.

We know Beyoncé is the Queen of subtle messages (read everything) – could this post mean she is Team Nicki?

This is definitely Beyoncé blatantly letting everyone which side she's on. They've had Nicki photo in the mugshot compilation for several shows but she decided to post it now. You know my Sis doesn't do coincidences.